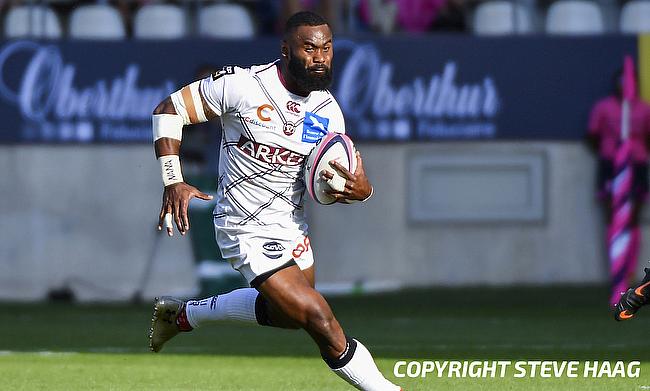 Rob du Preez's penalty goal in the end went in vain as Bristol Bears edged out Sale Sharks 10-9 in the opening leg of the Heineken Champions Cup at AJ Bell Stadium.

The second leg of the competition will now be played at Ashton Gate on 15th April.

Sale got the first points on the board through a Robert du Preez penalty on four minutes, and the South African fly-half doubled their advantage with another effort the tee five minutes later.

The response from Bristol came in the 25th minute as Callum Sheedy kicked a three-pointer of their own as the teams completed the opening half with a 6-3 lead heading into the break.

With both the teams looking for desperate breakthroughs, the third quarter went scoreless. Sale had a chance to extend their lead but du Preez’s effort drifted well wide.

The opening try of the game came in the 69th minute as Semi Radradra burst through midfield and stepped the last man to put Bristol in front and Sheedy's conversion extended their lead to 6-10 which proved enough despite du Preez's penalty goal in the 77th minute helped the visitors reduce their losing margin to just one point.