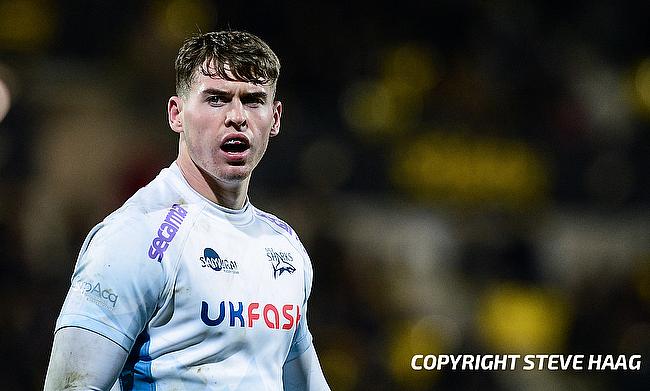 Sale Sharks came up with a seven try performance as they trounced Ospreys 49-10 in the fourth round of the Heineken Champions Cup at AJ Bell Stadium on Sunday.

This is second win for Sale Sharks in four games as they have taken their tally to 12 points and will be locking horns with Bristol Bears in the round of 16 clash while Ospreys finished at bottom after losing all four matches.

Sale dominated the early exchanges and had two tries ruled out - one for an illegal clear-out by captain Jono Ross and another for knock-on by centre Robert du Preez but it was a matter of time they got their opening points as a crossfield kick from AJ MacGinty saw Tom Roebuck to crossover in the 13th minute. MacGinty also followed with the conversion making it 7-0.

Sale came close once again but lock Lood de Jager had a knock-on as their lead remained at seven points before prop Bevan Rodd broke clear and sent a wide pass to winger Aaron Reed, who touched down and MacGinty followed with the conversion to make it 14-0.

Just as the break was approaching, replacement Joe Hawkins landed a penalty goal in the 38th minute as they finished the opening half 11 points behind Sale Sharks.

Sale extended their momentum into the second half as they scored back to back tries in the opening 15 minutes through Ewan Ashman and Daniel Du Preez and MacGinty followed with both the conversions to make it 28-3 before the visitors showed some fightback through touchdown from flanker Harri Deaves sneaked over in the 57th minute followed by Hawkins conversion to make it 28-10.

Nevertheless, Curtis Langdon extended Saracens' domination as he dotted down at the back of a rolling maul in the 68th minute and Roebuck went on to complete his second in the 73rd minute to make it 42-10. Replacement Jack Metcalf capped off a fantatic try for Sale Sharks with his maiden try in the European competition that came in the final minute and Robert du Preez kicked the conversion to complete a 49-10 victory.