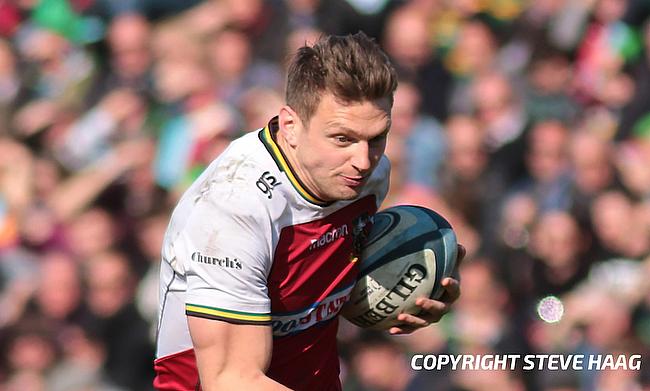 Ulster have claimed a place in the round of 16 as they edged out Northampton Saints 24-20 in the third round of the Heineken Champions Cup at cinch Stadium at Franklin's Gardens.

This is third win for Ulster in as many games as they are at second position in Pool A while Northampton are at 10th position after losing all their three matches.

Northampton finally opened their account at the end of the opening quarter through the boot of Dan Biggar as he slotted a penalty goal in front of the posts before the Wales international dotted down following a turnover from flanker Courtney Lawes making it 10-12.

At the stroke of half-time, a chip from Ulster over the defence of Northampton provided them an opportunity which Michael Lowry capitalised as he touched down and Doak improved it as the teams completed the opening half with a 10-19 scoreline.

Northampton were the quickest to get off the block in the second with Biggar's penalty kick in the 43rd minute but they soon were down to 14 players temporarily after Alex Mitchell was sent to the sin bin in the 55th minute for an infringement close to his own line.

Nevertheless, the home side did well with their defence until the 60th minute when Lowry scored his second but Ian Madigan missed out on the conversion. Even though Rory Hutchinson scored a last minute try for Northampton, Ulster completed their third win of the competition with a four-point margin.