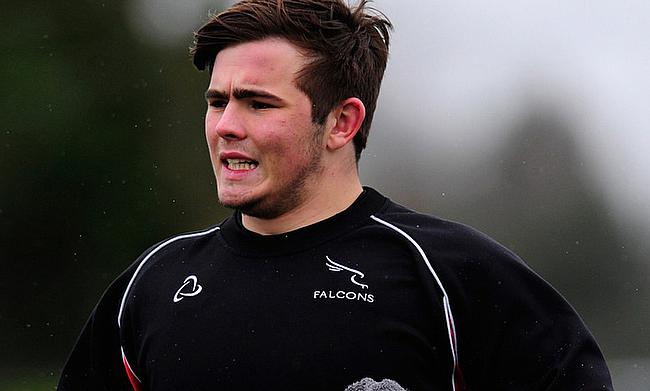 Max Wright created the record for the fastest try in the European competitions as Newcastle Falcons edged out Worcester Warriors in the opening round of the European Challenge Cup at Kingston Park.

It took Wright just 15 seconds to score the opening try beating the record of Bristol's Harry Randall during the 2020 final but he was replaced by 14th minute due to an injury. Haydon-Wood kicked the conversion as Dean Richards' men raced to a 7-0 lead.

The home side suffered a setback in the 6th minute with skipper Will Welch sin-binned for a collapse that also resulted in a penalty try for the visitors as the scores were levelled 7-7.

The 15th minute saw the visitors seize the lead with Scotland wing Duhan van der Merwe dotting down after collecting a long looping pass to score and Billy Searle kicked the extras making it 7-14.

Full-back Mike Brown rode a tackle to dive in at the left corner in the 23rd minute and Haydon-Wood followed with the conversion to make it 14-14.

Haydon-Wood missed a chance to put the home side in lead as he missed a penalty chance in the 28th minute but Harri Doel put Gloucester in front as he touched down after collecting an offload and Searle's conversion meant the scoreline became 14-21.

With the break approaching, the teams finished the opening half unseparated as George McGuigan dived from close range as they kicked a penalty to the corner and Haydon-Wood followed with the extras making it 21-21.

The hosts were the quickest to get off the block in the second half with Ollie Lindsay-Hague going over the line after collecting an inside pass from Burrell and Haydon-Wood's conversion extended their lead to 28-21.

The 65th minute saw scrum-half Will Chudley scamper in the corner but the conversion went wide as the gap between the two sides came down to two points. With all three results possible, the game entered the final minutes with Joel Hodgson with a 40m penalty kick ensuring the Falcons were off to a winning start.