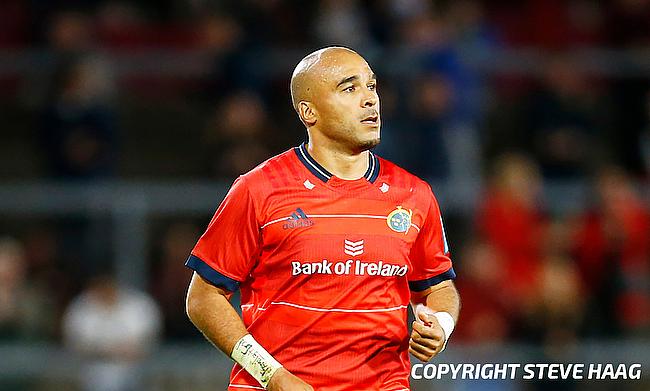 Munster managed to end Wasps' campaign in the ongoing Heineken Champions Cup as they registered a 45-7 victory in the fourth round at Thomond Park.

The result meant Munster finished third in Pool B with four wins from as many games and they will be locking horns with Exeter Chiefs in the round of 16 while Wasps finished at 10th.

Munster started the game in an attacking fashion as Conor Murray dived between the posts for the opening try in the 8th minute and Ben Healy followed with the conversion and a penalty as they raced to a 10-0 lead.

The home side stretched their lead further as Simon Zebo capitalised on a kick from Healy to dot down in the 17th minute and the fly-half also kicked the extras to perfection to make it 17-0 before Wasps got their first points when scrum-half Dan Robson dummied and squirmed over from close range. Charlie Atkinson followed with the conversion but Wasps could not get any more breakthroughs.

Munster's third try came around the half hour mark as flanker Jack O’Donoghue crashed over and Healy's conversion made it 24-7. Nevertheless, the home side were down to 14 players heading into the break as Gavin Coombes was sin-binned in the 34th minute after Munster conceded a number of penalties.

Despite down on numbers, Munster were the first to get off the block in the second half as Jeremy Loughman barreled over in the 43rd minute and Healy's conversion made it 31-7. Any chance of a Wasps comeback was put off as Robson was sent to sin-bin in the 50th minute for a dangerous tackle on Murray but did well not to concede any point.

Repeated infringements continued to hamper the visitors with fly-half Charlie Atkinson yellow carded in the 76th minute and Munster responded with back to back tries from Zebo and and Rory Scannell to seal a comfortable 38-point victory.