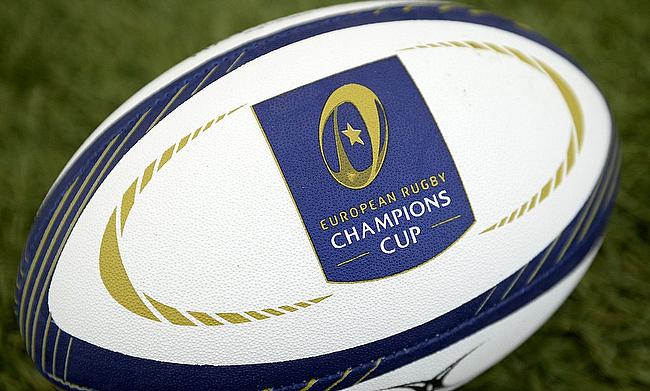 La Rochelle managed to hold off Racing 92 as they reached the final of the Heineken Champions Cup for the second successive time following a 20-13 win in the semi-final at Stade Bollaert-Delelis on Sunday.

The French side will now face Leinster in the final to be played in Marseille on 28th May.

Nolann Le Garrec scored an early second minute penalty goal to start the proceedings for Racing 92. La Rochelle had a chance to level the scores in the 11th minute but Ihaia West missed the chance from a relatively simple position.

The 20th minute saw La Rochelle had a try rule out after Raymond Rhule as he sneaked up the ball from a ruck and sneaks down the blind side to dot down but the TMO adjudged the ball was not clearly out which meant Racing continued to hold on to their three-point lead.

Racing extended their lead further around the 27th minute as Virimi Vakatawa breached the defence of La Rochelle to power over the line and Le Garrec converted to make it 10-0.

The opening points for La Rochelle came in the 32nd minute as Racing was penalised for playing a man without the ball and West slotted the three-pointer to make it 10-3 and the gap came down further to two points after Grégory Alldritt picked up from the scrum and dived over the line but West's conversion drifted wide this time.

West missed an early penalty goal in the second half denying La Rochelle the lead once again but Le Garrec made no mistake after Le Garrec slotted a three-pointer in the 51st minute after Wiaan Liebenberg was penalised to make it 13-8.

Racing suffered setbacks as Camille Chat and Cedate Gomes were sin-binned in the 51st and 52nd minutes respectively with the second also resulting in a penalty try for La Rochelle to make it 13-15. Despite being down in numerical advantage, Racing did well not to concede any further points and also missed a chance to seize the lead back after La Rochelle was penalised for not rolling away in the 59th minute.

Another breakdown offence from La Rochelle, provided Racing another chance but Le Garrec kicked it wide and La Rochelle had their misses as well with Pierre Popelin kicking the posts in the 68th minute as the score continued to remain at 13-15.

As the game entered the final stage, it was La Rochelle, who seized the decisive moment with West diving over to dot down wide. Popelin missed out on the conversion but La Rochelle progressed to the finals with a seven point victory to hand Racing a heartbreak.