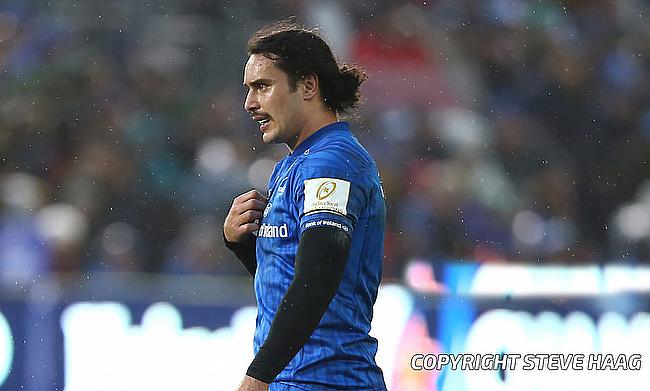 Leinster have reached the finals of the Heineken Champions Cup after they over powered Toulouse 40-17 in the semi-finals held at Aviva Stadium in Dublin on Saturday.

Having last won the title in 2018, Leinster will now be facing the winner of Racing 92 and La Rochelle in Marseille on 28th May.

Leinster will now have a chance to equal the most titles won in the Champions Cup with Toulouse at the top of the list with five victories.

Johnny Sexton started the proceedings with a fifth minute penalty goal but the French side responded back strong with Antonie Dupont collecting a loose ball to run 80m for the opening try and Thomas Ramos kicked the conversion to make it 3-7.

Sexton added his second penalty in the 12th minute before sending an inside pass for James Lowe to touchdown in the 14th minute. The Irish skipped kicked the extras to make it 13-7.

Leinster further extended their lead as Sexton made a break and allowed Josh van der Flier to dot down as Leinster dominated the opening quarter with a 20-7 lead. Ramos and Sexton exchanged penalties as the gap between the teams remained at 13 points before Toulouse lost Emmanuel Meafou to sin-bin for an illegal tackle.

The Irish province were the quickest to get off the block in the second half as Lowe completed his second following an attack after they kicked to the corner and Sexton slotted the extras to make it 30-10. Selevasio Toulouse replacement Tolofua bundled in the corner following a maul in the 65th minute but Leinster ensured there was no slipping up with Hugo Keenan dived over and Ross Byrne kicked a conversion and a penalty goal to steer them to a final.