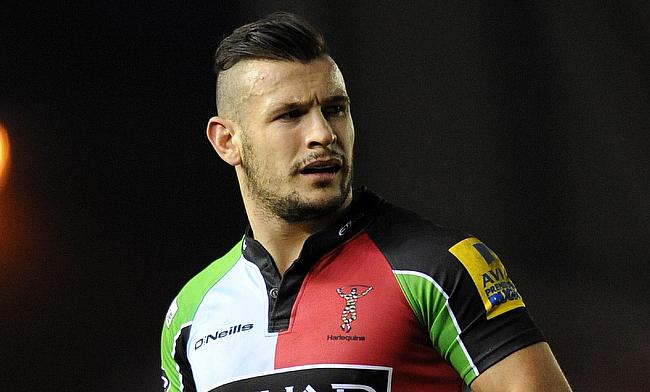 Harlequins scored an eight-try riot as they trounced Newcastle Falcons 54-26 in the final round of the Gallagher Premiership at Twickenham Stoop on Saturday.

This was 13th win for Harlequins in 22 games as they will face Bristol Bears in the play-off on 19th June while Newcastle finish their season at 10th place after managing just nine wins.

Harlequins got off to a fantastic start as Jack Kenningham collecting an inside offload from Alex Dombrandt to touchdown in the 4th minute and Marcus Smith kicked the conversion. The response from the Falcons came in the 8th minute when they set a 40m line out and eventually George McGuigan dived in the corner for their opening try and Brett Connon's conversion ensured the scores were levelled.

The Quins seized the lead once again in the 15th minute when they set up a powerful scrum at the end of which Danny Care dotted down for the first time in the game and Smith followed with the extras making 14-7 but the Falcons narrowed down the gap to two points at the end of the first quarter with Joel Hodgson setting up McGuigan for his second but the conversion went wide.

The home side had the strongest finish to the opening half as Care scored his second in the 32nd minute after collecting a series of inside passes and they went on to claim the bonus point before the break when Tyrone Green dived in the left corner. Smith kicked the conversions on both the occasions as the teams went into the break with a 28-12 scoreline.

Harlequins extended their momentum into the second half when Louis Lynagh collecting a crossfield kick to dot down in the 45th minute making it 33-12. Newcastle made a brief comeback when Adam Radwan with a terrific solo effort went over in the 60th minute but his effort was cancelled out by response from Joe Marchant three minutes later as the gap between the sides continued to remain at 21 points heading into the final 10 minutes.

Even though Newcastle claimed a bonus point when replacement hooker Jamie Blamire scored in the left corner in the 73rd minute, Harlequins dominated the closing stages with back to back tries from Martin Landajo and Joe Gray in the final five minutes to complete a dominating 54-26 win heading into the play-offs.