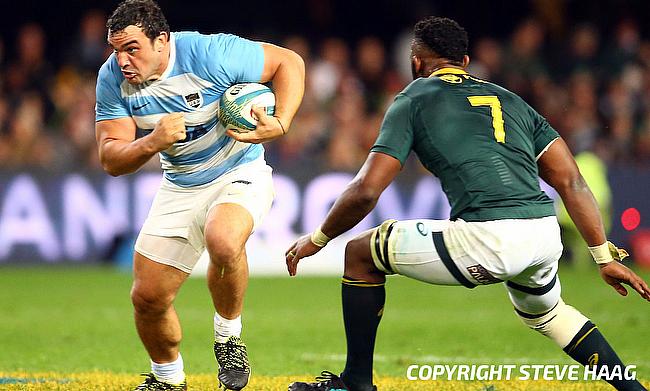 London Irish secured their first win of the season as they scored five tries to beat Exeter Chiefs 33-21 in the sixth round of the Gallagher Premiership at Sandy Park.

The Exiles had two draws and three defeats in the last five games but with the win on Saturday has taken them to the ninth position while Exeter Chiefs have slipped to the sixth place following their third defeat.

London Irish opened their account early in the third minute when Albert Tuisue fed Argentina international Agustin Creevy as he dived over the line and Paddy Jackson followed with the conversion to make it 0-7. The visitors doubled their tally in the 9th minute with Curtis Rona bursting from close range and once again Jackson slotted the extras.

Creevy had to leave the field in the 10th minute for failing a head injury assessment as Mike Willemse came off the bench.

Rob Baxter's men responded strongly at the start of the second quarter as they earned a penalty following which Will Witty went through phases to dive over in the 21st minute and two minutes later Tom Hendrickson set up Stuart Hogg over the line. Joe Simmonds kicked both the conversions as the scores were levelled 14-14 in the opening half of the game.

London Irish were the quickest to get off the block in the second half with Benhard Janse van Rensburg dived in the corner in the 43rd minute and six minutes later Ben Loader followed the suit. Jackson managed to kick the conversion on the second occasion as the visitors extended the lead to 14-26.

The fifth try for London Irish came in the 63rd minute as replacement scrum-half Ben White went past the Exeter defence to send Oliver Hassell-Collins over and Jackson kicked the conversion to make it 14-33. Even though Jack Nowell's try in the 67th minute gave Exeter a glimmer of hope, they could not find any more breakthrough as they succumbed to a 12-point defeat.