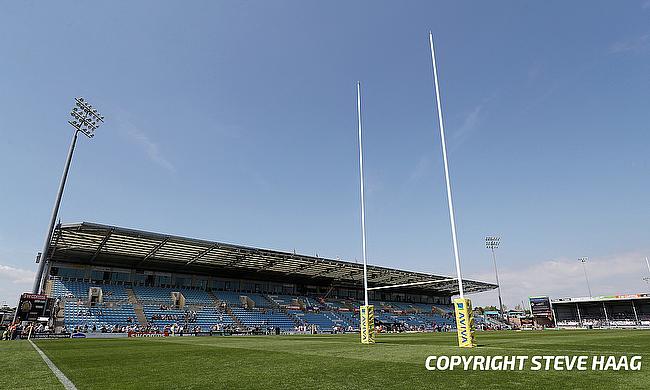 Joe Simmonds failed to kick the decisive conversion in the end as Exeter suffered a 12-13 to Northampton Saints in the latest round of the Gallagher Premiership at Sandy Park.

As Exeter were trailing by 7-13 in the final few minutes, Sam Skinner with his try brought the gap down to one point giving an opportunity for the home side to pull off a thrilling win but Joe, who was supposed to kick the conversion was distracted enough by the attack from Saints players as he did not even make contact with the ball.

Despite the defeat, Exeter continue to remain second with 34 points while Northampton move to fourth place after ending their seven-year wait to register a win at Sandy Park.

Northampton got off to a brisk start after Shaun Adendorff scored his fourth try in six games in the 11th minute and Piers Francis kicked the conversion to take them a 0-7 lead.

Skipper Jack Yeandle ensured the Chiefs levelled the scores after a quick tap penalty aside in the 30th minute followed by the extras from Harvey Skinner which meant the teams went into the break with a 7-7 scoreline.

Exeter went on to win a series of penalties and Northampton went on to lose George Furbank to sin bin in the 51st minute but the hosts failed to capitalise on the numerical advantage. As the visitors returned to full strength, Francis' long-range kick found the post but he made no mistake with his second in the 70th minute after Ewers was penalised for a high tackle.

Ewers with another three-pointer in the 74th minute took Northampton six points ahead which came down to one point after Sam Skinner's heroics in the corner and just when Exeter thought they had the game, Joe took numerous time to set up his conversion kick, only for Ollie Sleightholme to push it aside as Saints completed a thrilling one point win.