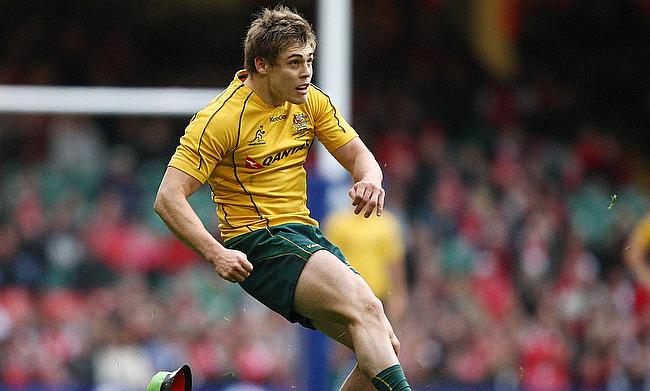 Jordan Petaia scored the decisive try in the 79th minute while James O'Connor kicked a nerveless conversion as Queensland Reds edged out Brumbies 40-38 in the fourth round of Super Rugby AU at GIO Stadium.

This is first defeat for Brumbies in four games despite which they maintain the top place in the table while Reds with three victories from as many games are at second.

Brumbies got their opening points in the second minute when Noah Lolesio kicked a penalty goal and three minutes later they got their first try with Andy Muirhead offloading to assist Pete Samu. Lolesio kicked the conversion as the home side raced to a 10-0 lead.

It was total domination from Brumbies in the first quarter as in the 18th minute hooker Folau Fainga'a dived over at the back of a rolling maul and once again the fly-half was spot on with the extras making the scoreline 17-0.

Reds fought their way back with back to back penalties from O'Connor in the 18th and 23rd minutes and around the half hour mark James O'Connor and Harry Wilson set up Suliasi Vunivalu for his first Super Rugby try making it 17-13.

The home side regrouped and seized the momentum back as Nic White offloaded to find Samu, who scored his second try of the game in the 35th minute and Lolesio extras made it 24-13 before O'Connor's third penalty ensured the gap between the sides came down to eight points at the end of the opening half.

Brumbies were the quickest to get off the block in the second half when Fainga'a completed his second that also helped his side claim the bonus point but tries from Taniela Tupou and Wilson at the start of the final quarter kept Reds in the game as the scoreline became 31-30.

The game headed to the final 10 minutes with all the three results possible and it was replacement Issak Fines, who took Brumbies' lead to eight points as he crossed over following build up from Len Ikitau and Pete Samu.

Another O'Connor penalty in the 76th minute ensured Reds came back hard before Petaia with his heroics in the 79th minute ensured their winning streak continued after capitalising on a grubber kick from Hunter Paisami. This was also first win for Reds in Canberra since 2014.