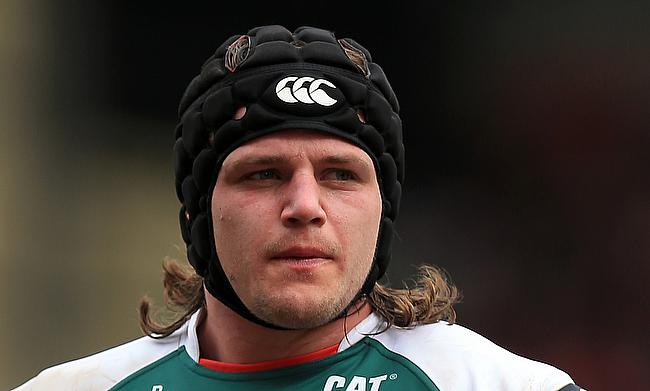 Sale Sharks successfully overcame red card to Arron Reed and yellow cards to Faf de Klerk and Nick Schonert as they edged past Bristol Bears with a 35-29 margin at Ashton Gate on Friday.

The result meant Sale Sharks now have progressed to the quarter-final of the competition as their defeat margin was down by 9-10 in the opening leg of round of 16 taking the aggregate to 39-44.

Bristol looked to have scored the game’s first try through hooker Jake Kerr on 19 minutes, but the TMO spotted a knock-on in the build-up. However, they were presented with an opportunity as Faf de Klerk was sin-binned in the 19th minute for an off the ball tackle and Callum Sheedy kicked a penalty goal to start the proceedings.

Sale fly-half Robert du Preez levelled the scores with a three-pointer of his own in the 23rd minute and just as they returned to full strength Lood de Jager scrambled at the back of a maul for the opening try and du Preez followed with the conversion to make it 3-10.

The visitors were down to 14 players by the 33rd minute as Reed was sent-off for a high tackle but Sheedy missed out on the penalty chance. Despite being down on numerical advantage, Sale pressed forward and got their second try when hooker Akker van der Merwe dotted down following a rumbling maul as they headed into the break with a 3-17 lead.

Sale extended their momentum into the second half as flanker Jean-Luc du Preez sent Tom Roebuck over the corner and du Preez's conversion made it 3-24. As Sale lost Nick Schonert to sin-bin in the 48th minute for a high tackle, Bristol clawed their way back into the game with back to back tries from Harry Thacker and Luke Morahan in the 53rd and 64th minutes respectively reducing the gap down to 17-24.

The scores were levelled by the start of the final quarter with skipper Joe Joyce dotted down from a 10m out before they lost replacement John Hawkins was yellow-carded for a high tackle and du Preez landed penalty goals in the 67th and 72nd minutes to make it 24-30.

The final 10 minutes saw Jono Ross and Morahan exchanging tries but Sale held their nerve to progress to the next round.