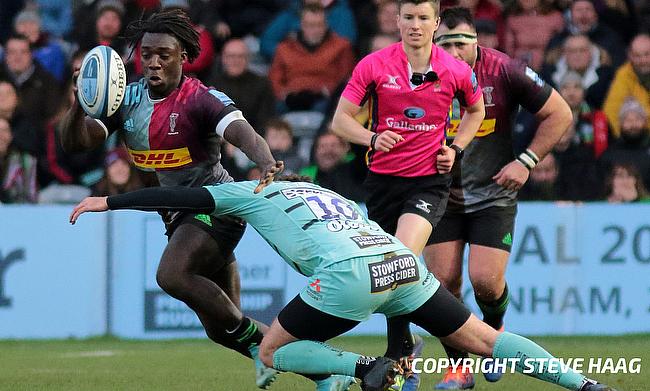 Former England Under 20 international Gabriel Ibitoye will be featuring in the Gallagher Premiership next season after signing a contract with Bristol Bears.

Ibitoye started his career with Harlequins in 2015 and has played 23 Premiership games for them and also had represented French sides Agen and Montpellier.

He will head to Ashton Gate after being part of Israel club Tel Aviv Heat where he represented them in the Rugby Europe Super Cup.

“Bristol is one of the most exciting clubs in the Premiership so it’s a fantastic opportunity for me and one I’m looking forward to taking," he told in a statement released.

“The experience in both France and Israel has been great for my development, as a player and a person, but I still have ambitions on the international stage, and I feel I can achieve those objectives at Bears.

“I’ve heard really positive things about the culture and environment in Bristol so I’m excited to get started next season.”

Ibitoye also made 17 appearances for England Under 20 side and Director of Rugby Pat Lam is pleased to have the services of the 24-year-old.

“Gabriel is a hugely talented player with the pace and versatility to threaten opposition defences," said Lam.

“Coming back to the Premiership is an exciting challenge for him. We see huge potential in a young player who was in the conversation for an England call-up a couple of years ago.

“The way that we attack as a team relies on pace and execution and Gabriel is one of the most potent finishers around. We look forward to welcoming him to the West Country.”