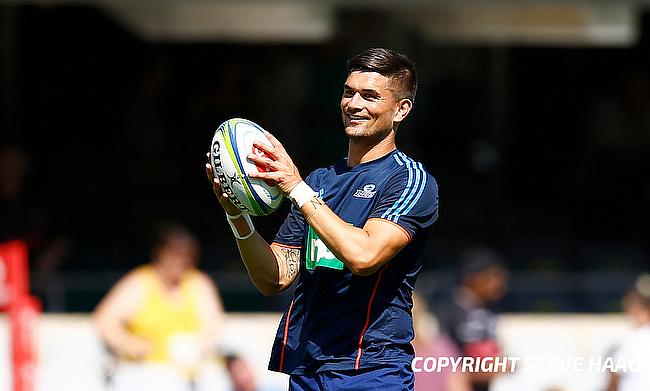 Auckland Blues came up with a five-try performance as they maintained their unbeaten streak in the ongoing Super Rugby Trans Tasman series with a 38-10 win over Brumbies at Eden Park.

This is the third win for Blues from as many games as they move to the top of the table with 15 points while Brumbies are at seventh with a solitary point.

Blues were awarded an early penalty in the third minute but Zarn Sullivan's kick went wide. Nevertheless, they managed to open their account in the 17th minute when hooker Kurt Eklund powered his way over at the back of a line out and Otere Black kicked the conversion to make it 7-0.

Brumbies' response came two minutes later with Noah Lolesio slotting a penalty goal reducing the gap down to four points. The Australian side continued to apply pressure on Blues and went on to seize the lead in the 34th minute Connal McInerney touched down at the back of a maul and Lolesio improved making it 7-10.

As the break was approaching, Blues scored their second try with Rieko Ioane providing a brilliant offload for Finlay Christie to dot down and Black kicked a penalty and a conversion on either side as the New Zealand side finished the opening half with a 17-10 lead.

Any chance of a Brumbies comeback was put off as they were down to 14 players in the final 10 minutes with Folau Fainga'a yellow carded for collapsing a maul and TJ Faiane capped off a fantastic game for the Blues with a fifth try in the 72nd minute as they completed a 28-point victory.