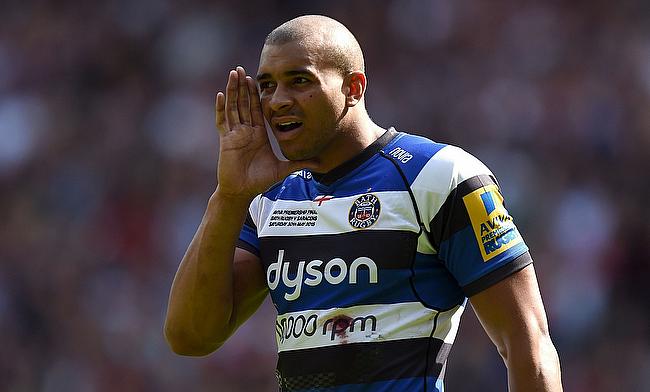 Bath Rugby registered a consecutive win for the first time this season as they edged out Harlequins 21-17 in the latest round of the Gallagher Premiership at Recreation Ground on Friday.

Wet conditions made it increasingly tough for the teams as they were in pursuit of the opening points which came in the 11th minute as Nick David sent Dino Lamb-Cona over the line and Tommaso Allan followed with the conversion making it 0-7.

However, they were down to 14 players temporarily in the 16th minute as Tyrone Green received a yellow card from referee Tom Foley for a deliberate knock-on. Even though the visitors did well not to concede much points in the next 10 minutes, Ben Spencer slotted back to back penalties before the half-hour mark to reduce the arrears.

As the break was approaching, David once again was instrumental in finding the gap as this time Cadan Murley touched down but Allan's conversion went wide as the teams completed the opening half with a 6-12 scoreline.

Bath were the quickest to get off the block in the second half as a well timed pass from Ojomoh allowed Will Muir to go over the line in the 44th minute before completing his second 13 minutes later to extend Bath's lead to six points.

Even though Quins found it tough to score in most of the second half, George Hammond's try with six minutes left gave them hope but Allan missed out on the conversion which kept them one point behind Bath's tally. Any chance of a Quins win came to an end as Spencer landed his third penalty goal in the final minute to complete a thrilling four-point win for Bath.