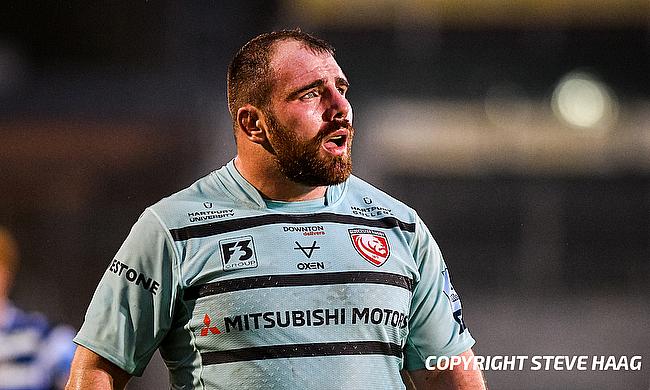 Gloucester came up with a five-try performance as they defeated Bath Rugby 40-20 in the latest round of the Gallagher Premiership at Recreation Ground on Sunday.

The result meant, Bath's winless campaign continued as they now have 10 defeats from as many games and are languishing at the bottom of the table while Gloucester are at third.

Orlando Bailey started the proceedings for the home side with a third minute penalty goal which were the only points in the opening quarter.

In the 21st minute Bath's Tom Ellis was then sent to the sin-bin for an infringement that also resulted in a penalty try for the visitors making it 0-7. The hosts' problems compounded as two minutes later Lewis Boyce was also yellow carded for collapsing the driving maul over the line.

Even though Bailey's second penalty goal in the 26th minute kept Bath in the hunt, the Cherry and Whites eventually made use of their numerical advantage with Ben Meehan creating the space for Chris Harris to touchdown in the 28th minute and three minutes later Jack Singleton followed the suit as he dived at the back of the maul.

The bonus point for Gloucester came just before the break with Harris completing his second try of the game after collecting a chip from Louis Rees-Zammit as the they completed the opening half with a lead of 6-26.

Bath were the quickest to get off the block in the second half with Ben Spencer took the quick tap option and snuck over the line in the 52nd minute but Gloucester responded back in the 67th minute Fraser Balmain dotting down at the back of a driving maul making it 13-33.

Kyle Moyle scored the sixth try for Gloucester in the game that came after Ollie Thorley collected Adam Hasting’s cross field kick and then allowed the fullback to score. Ollie Fox scored a consolation try for Bath in the end but Gloucester went on to complete a 40-20 win.