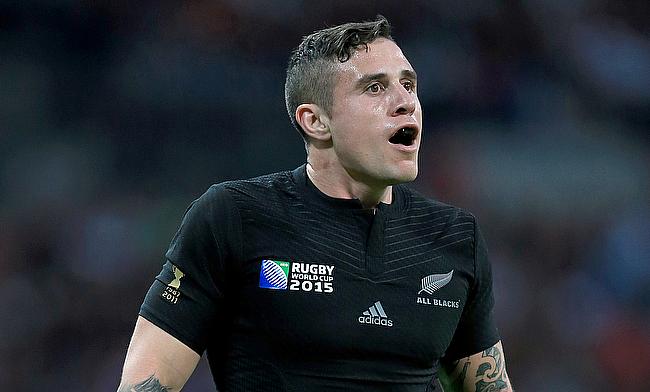 This is fourth win for New Zealand from as many games as they extended their lead over second placed South Africa to 10 points while Argentina are languishing at the bottom after losing all their four matches.

New Zealand were the quickest to get off the block as Patrick Tuipulotu dived from close range following a break from Hoskins Sotutu and Jordie Barrett kicked the conversion to make it 0-7.

Emiliano Boffelli scored the first points for Argentina with a penalty kick in the 8th minute after Ethan Blackadder was penalised for an obstruction but his efforts was cancelled out as Barrett kicked a three-pointer of his own as the scoreline became 3-10.

New Zealand thought they scored their second try in the 17th minute when Will Jordan touched down but the effort was ruled out due to a forward pass from Taukei'aho. By the 22nd minute, Reiko Ioane went under the post but it was once again disallowed due to a forward pass.

Nevertheless, it was a matter of time before New Zealand got their second try with this time TJ Perenara capitalised on the pass from Hoskins Sotutu and Barrett improved it to make it 3-17.

With the half-time approaching, Tupou Vaai scored New Zealand's third try and with Barrett kicking the extras Ian Foster's men completed the opening half with a comfortable 3-24 lead.

Boffelli led Argentina's response after the break with a 44th minute penalty kick but New Zealand responded back with a touchdown from Samisoni Taukei'aho in the 46th minute making the scoreline 6-29.

By the 47th minute Boffelli scored his side's first try after collecting a cross-field kick from Santiago Carreras. The fly-half also improved his own try as Argentina reduced their deficit to 16 points.

Nevertheless, Vaai with his second in the 76th minute after collecting an offload from Scott Barrett ensured Ian Foster's men completed their fourth victory in the tournament with a 23 point margin.