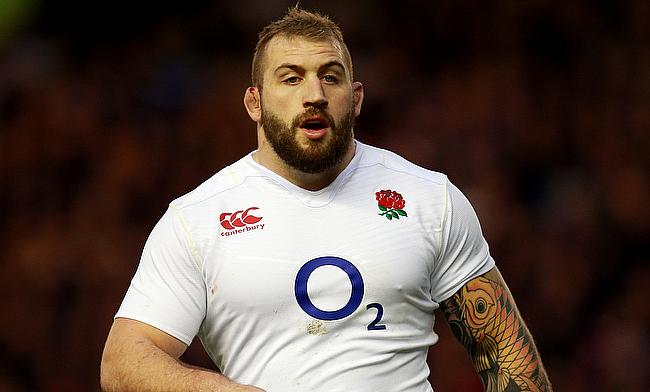 Joe Marler could once again find himself the subject of a disciplinary enquiry after appearing to kick hooker Arnaud Heguy in the head during Harlequins' 30-6 romped past Grenoble to reach the European Challenge Cup final.

The England prop was in his first game back after the two-match ban for his "Gypsy boy" slur against Wales tighthead Samson Lee during the Six Nations.

The 25-year-old's kick to Heguy in the 26th minute of Quins' semi-final was not picked up by referee John Lacey, but Marler could still face a citing and a disciplinary hearing.

Any ban could now jeopardise Marler's availability for Harlequins' Challenge Cup final on May 13, and even England's three-Test tour to Australia in June.

Jamie Roberts, returning fly-half Nick Evans and George Lowe claimed the tries that sent Quins into their first European final since winning the Challenge Cup in 2011.

Conor O'Shea's men will now face the winners of Saturday's other semi-final clash, between Montpellier and Newport Dragons.

Harlequins' 13-6 half-time lead was not nearly sufficient, by virtue of both their early dominance and Grenoble's threats of a recovery.

No one of a French persuasion was capable of stopping juggernaut centre Roberts in fifth gear, and the Wales midfielder duly trucked over for the first-half's sole try.

Ben Botica's conversion and two penalties had Quins 13-3 to the good just inside the first quarter, although the home side singularly failed to seize on that rapid start for the remainder.

Perhaps the ease of their early dominance lulled O'Shea's men into a false sense of security but whatever the reason, Grenoble created enough of a scrap to scrabble a foothold, Jonnathan Wisniewski landing two penalties of his own to cut the lead to a single score.

And Quins were lucky to escape conceding further; on three occasions Grenoble found themselves with excellent field position only to shoot themselves in the foot with the try-line looming.

The home side however, aware of their plethora of let-offs, responded clinically in the second half to close out the tie.

Fit-again fly-half Evans capped his return from a broken leg with the try that effectively sealed Quins' victory, the Kiwi playmaker reclaiming his own grubber to score just past the hour, before Botica added another penalty to stretch the Londoners' lead further.

And minutes later the hosts' trip to Lyon for the tournament final next month was assured; Danny Care sending a grubber of his own through to allow centre Lowe to dot down for Quins' third try.