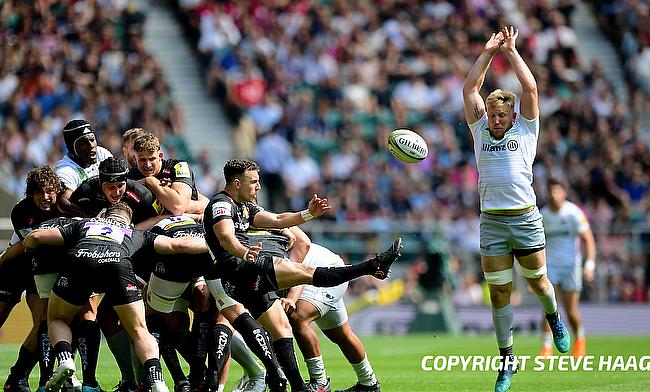 Jackson Wray and Alex Goode have been appointed captains as Saracens have confirmed their squad for the pre-season fixture against Ulster to be played on 17th September.

Having faced an automatic relegation at the end of the 2019/20 season for a series of salary cap breaches, Saracens have returned back to the top tier following a successful Championship last season.

The game that will be played in front of 10,000 fans in Belfast will see Ben Earl, Nick Isiekwe and Alex Lozowski returning after a season-long deal.

“We are excited at the prospect of playing again and in front of such a vibrant crowd as is always the case when you play Ulster,” said Saracens director of rugby Mark McCall.

“It is an opportunity for our players, on the back of five weeks of hard work, to test themselves against quality opposition and to gain crucial match fitness as we edge towards the start of the Premiership.

“It is great to have our players who were out on loan last season back in our playing squad, as well as some players who are new to the club who will form a big part of our future.”