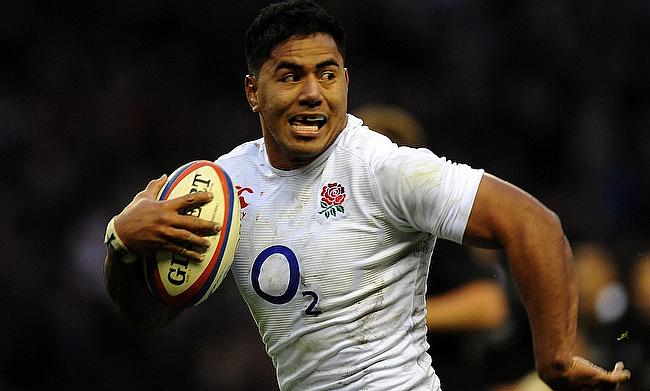 Manu Tuilagi is recovering from a hamstring injury
©PA

Tuilagi is sidelined with a grade three hamstring tear that he sustained during the final game of England's Autumn Nations Series against South Africa and was doubtful for the upcoming Six Nations campaign.

Nevertheless, Sanderson feels the 30-year-old is set to return for Sale Sharks' Premiership game against Harlequins on 6th February - the very same day England will kick-start their Six Nations campaign against Scotland.

"He is training and looking good but we think it is too much of a risk to push him this weekend," Sanderson said.

"He is an exceptional trainer and a quick healer so all of his progressions are done on the back of hitting physiological markers and GPS speeds, re-scans and seeing the specialist and we would never push him earlier.

"Harlequins is the projected return and then we will see how he feels for Six Nations," Sanderson said.

"It is a week-to-week thing for Manu but England have total autonomy over when he plays and doesn't play and if he looks really good and feels good, he will go straight through to England and it could be Italy."

England are already without the services of skipper Owen Farrell, who is recovering from a knee injury while Joe Marler was withdrawn from the training squad after testing positive for Covid-19.

Gloucester head coach George Skivington also revealed that winger Jonny May is certain to miss the opening two rounds and Courtney Lawes, who is a top contender to lead the side in the absence of Farrell is recovering from a concussion.