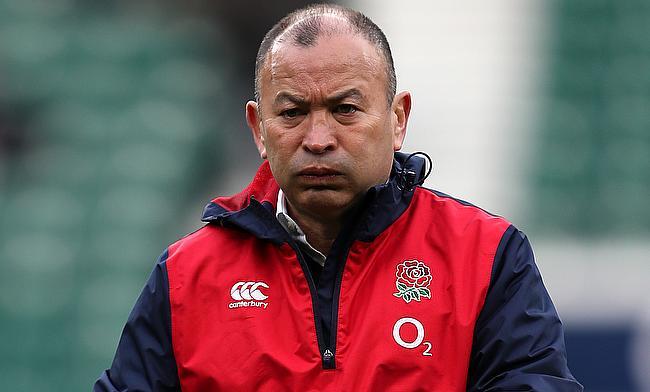 When Eddie Jones and Tom Curry sat in front of the cameras for the virtual Guinness Six Nations press launch, their last 24 hours had been a rollercoaster.

On Tuesday, loosehead prop Joe Marler had to return home after testing positive for Covid-19, the team had to evacuate their hotel in Brighton after a fire broke out in front of their team hotel, and they learnt that Owen Farrell’s ankle injury will keep him out of action for the next eight to 10 weeks.

When England’s 36-man squad for the Six Nations was announced last Tuesday, there were already questions surrounding Farrell. Having not played a game since England’s win over Australia in the Autumn Nations Series, the 30-year-old injured the opposite ankle to the one that has kept him out since last November.

Having a consultancy on Sunday, on Wednesday England’s captain had surgery, his recovery no doubt starting in the coming days and Leicester Tigers’ George Ford called up in his stead.

Now having experienced consecutive significant spells on the touchline, it raises the question that as the Saracens fly-half is now entering the latter part of his career, he should be managed differently to other players in the national team.

“I think there is a lot of evidence for over 30 players,” Eddie Jones said. “Particularly the young guys coming through, where they can play their best rugby from 30 to 35.

“If you look at Dan Carter, what a great example, who played who played in the only World Cup he ended up playing in – because of injury – at 33 and was absolutely superb. Then he went and played for Racing (92) after that and another couple of great years in Japan for Kobe.

“There is no reason Owen can be moving into a very important part of his career. Sometimes you have got to train differently when you get to over 30 and that’s down to the communication between him and the strength and conditioning coaches at his club and with us. There is no reason why he can’t get better.”

Outside of being an important cog in England’s attack and defence, Farrell is the man with charged by Jones to be the team’s captain. Courtney Lawes was expected, as he did in the Autumn, to take on the responsibility, but after entering head injury return to play protocols, who could be the skipper during the Six Nations and at the camp in Brighton is unknown.

It is Tom Curry that sits beside Jones for the media, the man heralded as being able to mirror the achievements of George Smith and Ardie Savea, the 23-year-old was a part of the leadership group announced at the end of last year.

“He’s an important player, we are disappointed for him” Jones, when asked about missing Farrell this campaign, said. “But we are also looking forward to the opportunity to create greater leadership density within the group.

“Even the few days we have been together, the four or five guys, plus a greater ring of players have started that process. Sitting next to me here (Curry) is one of the most competitive players I have ever coached.

“With Owen, there he had two of those guys. Now, Tom is going to have to raise his game a little bit, as is everyone else in the team to make up for the absence of Owen, and we are confident we can do that.”

In the case of Joe Marler having to return home after testing positive for Covid-19, it was a case of déjà vu. Just prior to England’s win over Australia at Twickenham in early November, the Harlequins prop tested positive for the disease then too, returning a week later for the Test against South Africa.

There was little doubt in Jones’ mind that Marler would be back in contention for selection next week ahead of the Calcutta Cup clash at Murrayfield, believing that all going well the 31-year-old will be training as soon as Monday.

In Autumn, Ellis Genge tested positive for Covid and already there is a concern that the disease could disrupt the Six Nations in some sense. Across the English Channel, France’s preparation for the competition have been hampered significantly as a host of stars, including Antoine Dupont and Romain Ntamack, have tested positive.

Why 'grown up' Cowan-Dickie is ready to fight for more honours on the club and international stage. #HeinekenChampionsCup https://t.co/8WvLCM4JEr

For each of the six teams competing in the tournament, outbreaks are inherently possible, something which has clearly been on the mind of Jones in the runup to February.

“We might be in the middle of the tournament have another variant and have to cope with something different,” Jones said.

“All we can do is follow the regulations, be sensible in the way we act and then adapt when we do have problems. I think a lot of it is getting on with the job, having a clear plan in place, if so-and-so is out, then that player comes in.

“With the coaches, for instance, we’re getting each of the assistant coached to be Head Coach for one day, so in the event that I got Covid, and I can’t go to the matches, we have got a guy that has done the job and can step into that on the day.

“We are doing that with all our staff, with players we are trying to pick players who are multi-positional, so if we do have a Covid incident overnight, we can find a plyer that can fill that role pretty quickly.”

Adapting on the move

Last night’s hotel evacuation offered more of a chance for Jones’ players to adapt quickly. A week ago, the focus was on players with the ability to play multiple positions, Orlando Bailey and Ollie Chessum’s selections testament to this.

Now, it is how those to have made their way down to Brighton manage with having to evacuate their hotel due to a fire. An electrical fire nearby to the hotel meant that everyone in the building had to decamp to the street, with senior England players about to have a meeting on how they were looking to work with the team’s psychologist.

“That was truncated by us all having to be out on the streets in Brighton,” Jones explained. “Then, our fantastic Team Operations Manager, Charlotte Gibbons, found a pub for the players to have dinner in, so they carried on their meeting there.

Day’s past will have certainly been a challenge for England. Losing senior players is no advantage, but if the players have rallied together as Jones says, then anything that has happened up to now is water under the bridge.

Even then, 10 days out from a Calcutta Cup clash in Edinburgh, time will tell whether or not recent events have made a mark at all.