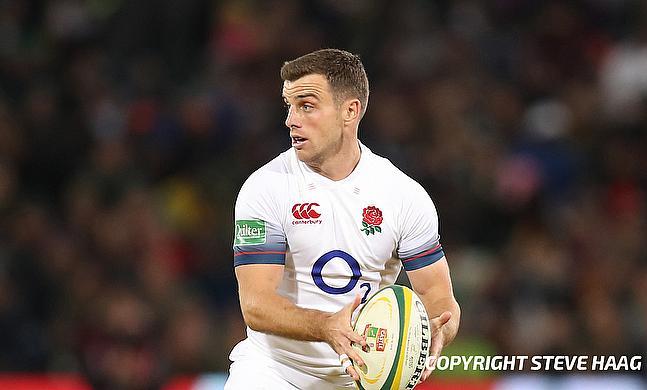 This was a night Eddie Jones had been targeting for two-and-a-half years.

When the draw for the Rugby World Cup pool stages was made in Kyoto in May 2017, all roads seemingly led to England meeting New Zealand in the semi-finals.

As Jones has repeatedly stated during his tenure, ‘judge me on what happens in Japan’ and his most significant fixture culminated in England reaching their first World Cup final in 12 years.

In the process, they denied the All Blacks a 19th consecutive win at a World Cup as Steve Hansen’s men saw their reign as double world champions come to an end.

From the moment England formed their own V-shaped arrowhead as they faced the haka, they set the tone for this eagerly anticpated encounter.

Earlier in the week, England stayed in Disneyland to prepare for this semi-final and Jones’s side got off to a fairytale start in Yokohama.

A unforgettable night at Yokohama Stadium ??

The All Blacks were unable to stop a familiar character in England’s first try, Manu Tuilagi, as the centre powered over the whitewash from close range after a fizzing move which began with a lively break from Elliot Daly.

The first 98 seconds of this encounter would have been a perfect short story for Jones, but England were developing this into a performance which the head coach may show on the big screen over and over again.

England didn’t put Jones, his coaching staff or their supporters through a rollercoaster of emotions during the first 40 minutes as they controlled proceedings with their composure and they set the tempo from the off. They were making metres every time they had possession, with George Ford and Owen Farrell orchestrating things superbly.

On top of this, Maro Itoje was immense in turning possession over when New Zealand started to flicker into life as England dominated the set-piece, an area which the All Blacks had hoped to profit from.

The variety of England's play was causing New Zealand problems and it could have been worse for the rattled world champions. Firstly, Tuilagi intercepted an attempted long pass from Beauden Barrett but the move didn't materialise before Sam Underhill thought he had crossed.

However, for the second time in just under a year, the flanker was denied a score against the All Blacks as Tom Curry's decoy run blocked two New Zealand tacklers on this occasion.

As the first period started to draw to a close, New Zealand had their best moment of the half. A counter-attack led by Beauden Barrett looked promising, but Daly, alongside Farrell, snuffed out the danger.

England’s intensity continued to squeeze the life out of New Zealand and they dealt the All Blacks another blow on the stroke of half-time as Ford took over kicking duties from Farrell, who had picked up a knock, to ping over a penalty after Jones’s side had executed another superb turnover.

It was the first time since 1991 that New Zealand had failed to score a point in an opening 40 minutes in any Test match and the early stages of the second period saw England continue to shut the world champions out.

England were on the front foot and despite Daly missing a long-range penalty, Jones’s side thought they had scored again when Ben Youngs sniped his way over.

Immense!! Individually and together as a team....immense! On to next week's final. Can't wait!

However, for the second time, the try was chalked off. The TMO ruled that there was a knock-on in the preceding maul, but England were able to add to their tally shortly after as Ford nudged over a penalty.

'Swing Low, Sweet Chariot' was now reverberating around the Yokohama Stadium, but England’s trickiest moment in this World Cup semi-final came just before the hour.

Sevu Reece thought replacement Henry Slade, who came on for Johnny May, had made a no-arms tackle but Nigel Owens and his team disagreed with the New Zealand winger.

However, England’s first lapse of concentration was punished by Ardie Savea. An over throw at the line-out inside their own 22 was capitalised upon by the Kiwis as the flanker latched on to the loose ball to dart over with ease.

England dusted themselves down, though, and Ford pinged over a penalty six minutes later to re-establish their control on this compelling semi-final.

Frustration was starting to creep in to the New Zealand performance in the final quarter as Sam Whitelock pushed Farrell in the face to see a penalty reversed in England’s favour.

Ford, who has been superb during this World Cup campaign as well as this calendar year, kept his cool to kick England into a dozen point lead.

The double world champions now needed the 10 minutes of their lives, but even the imperious All Blacks couldn’t muster up the greatest fightback of all time as England’s resolute defence continued to shine until the final whistle.

This was a monumental win for England, argubably their best since lifting the Webb Ellis Cup in 2003. A phenomenal defensive effort was just one of many key attributes, along with tactical nous, Jones’s side displayed in this semi-final.

In the week, Jones had suggested the pressure on New Zealand ‘would chase them down the street' and instead, it was an England side who hurried and harried the All Blacks to reach the World Cup final.