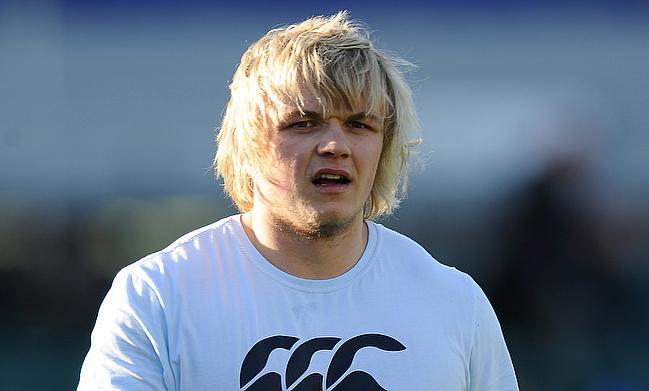 Scotland forward Luke Hamilton will team up with coach Richard Cockerill once again after signing a one-year deal with Edinburgh.

The back-row left Leicester Tigers at the end of the season and after playing under Cockerill at Welford Road, Hamilton will be reunited with his old coach.

Cockerill said: "I obviously know Luke well from his time at Leicester.

"He's a big, physical ball carrier who will add experience to what is an already talented back-row contingent with some exciting young players."

Hamilton was involved in Scotland’s 30-29 defeat by the USA in Houston on Sunday, but suffered a shoulder injury on his third cap for his country.

"He can play across the back-row and his dynamism adds another dimension to our attack," said Cockerill speaking to Edinburgh's website.

"We're looking forward to seeing how he develops in an international quality unit alongside the likes of Luke Crosbie, Bill Mata, Hamish Watson, Jamie Ritchie and Magnus Bradbury."

Hamilton had represented Wales at U20 level in 2012 but qualifies for Scotland through his father.

Having played for Cardiff Blues and then Agen in France, Hamilton joined Leicester in 2016 and last season, he scored three tries as the Tigers finished fifth in the Premiership, but now he looking forward to the next chapter in his career at Edinburgh.

"They are definitely a team on the rise," he said. "It's a brilliant opportunity to continue my development as a player."