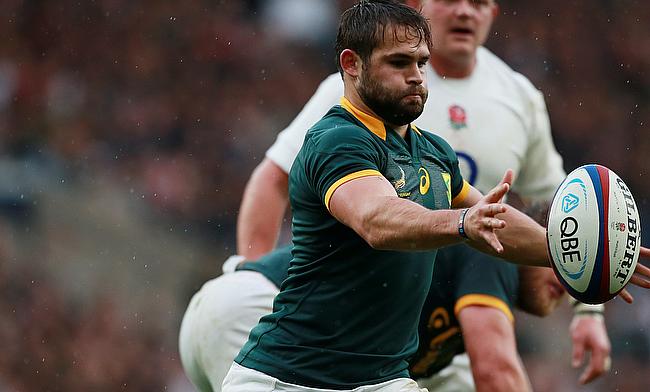 South Africa have started their preparations for the British and Irish Lions with a 40-9 win over Georgia at Loftus Versfeld on Friday.

This has been their first international game since their World Cup final win over England in 2019.

South Africa looked scratchy to begin with as Tedo Abzhandadze kicked a penalty goal in the third minute to get the visitors off the mark.

The response from the Springboks came in the fifth when Pieter-Steph du Toit offloaded to Aphelele Fassi as he dotted down but Handre Pollard missed out on the conversion to make the scoreline 5-3.

Georgia went into the ascendancy after South Africa went on to win two more ruck penalties which Abzhandadze kicked from the tee to make it 5-9.

The 35th minute saw Georgia suffer a setback with Beka Saghinadze sin-binned for repeated infringements and South Africa made full use of their numerical advantage with Bongi Mbonambi diving over at the back of a driving maul and Reinach followed the suit in the 37th minute after collecting a pass from Fassi.

Pollard got the conversions right both on the occasions as South Africa headed into the break with a 19-9 lead.

South Africa had the momentum extending into the second half with this time as a strong scrum allowed Kwagga Smith to score in the 54th minute and five minutes later Georgia successfully managed to stop Damian Willemse close to the line but eventually scrum-half Herschel Jantjies touched down. Pollard kicked the extras on both the occasions as the scoreline became 33-9.

The sixth try for the Boks came in the 68th minute when Malcolm Marx dotted down at the back of a line out drive to complete a 40-9 victory. The second Test will be played at Emirates Airlines Park in Johannesburg on 9th July.