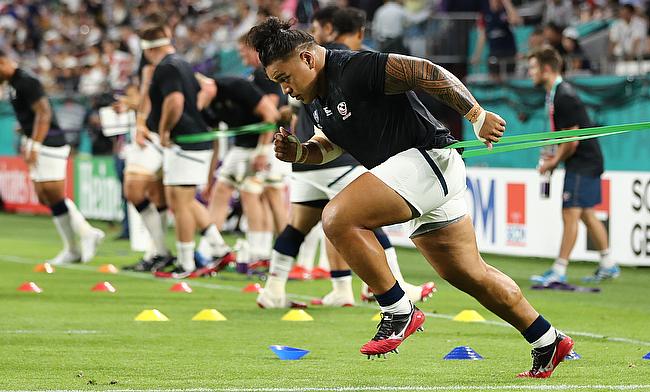 It would be fair to say that David Ainu’u has had a good season.

The 21-year-old prop forward has just completed his fourth campaign with Toulouse, where the USA international picked up a Champions Cup crown and he also celebrated with his teammates on Sunday afternoon as Ugo Mola’s team lifted the Bouclier de Brennus for the 21st time.

After signing for the French goliaths at the age of 18, Ainu'u made his Eagles debut the following autumn and he is set to be one of the faces of American rugby in the years to come.

The loosehead was destined to be a professional having initially signed for Major League Rugby team the Seattle Seawolves for the competition's inaugural season, but he has very much made the most of the opportunities presented to him in his early career.

He has already been in France for nearly five years and Ainu’u says he is more than settled in the country and very much sees it as his home.

“Rugby aside, I think that having been there for four years, I feel like I have assimilated to French like and French culture in terms of being able to speak the language and cultural customs,” the 21-year-old told TRU.

“By this point, it feels like I am back home, back in the US. When I wake up, I know it is my home. I have claimed Toulouse as home so having not thought about it for quite a long time, it is impressive to see that I have been there for that long and it is not a foreign country to me. It is a blessing to be able to feel that way in a city like that.”

Initially with Toulouse on an academy deal, he made his senior debut for the club in the September of 2018 against Montpellier and has since made 22 further appearances.

Clearly valued by Mola and the brains trust at the Stade Ernest-Wallon, Ainu’u stepped up impressively towards the end of the most recent campaign. As injuries in the front-row snowballed, the 21-year-old was taught the ropes at tighthead, alternating with All Black Charlie Faumuina on the right-hand side of the scrum.

Naturally forming a relationship with Faumuina, the youngster has a close bond with the now-retired Jerome Kaino. Both born in American Samoa, Kaino is the second US national of Samoan descent to represent the All Blacks and in a different world, the pair could have been teammates with the Eagles.

“It has been unreal just listening to him (Faumuina),” Ainu’u said. “I could sit there for hours and just listen to what he has to say about scrums and rugby in general, but aside from rugby, Jerome and Charlie, those guys are like brothers and fathers at the same time.

“We are cool off the field and when they are teaching me, I am just a little kid. I am learning the ways they have grown up and what makes them the men they are today, so it is a very interesting and humbling experience.

“It is hard to describe, but being in it, there is a very special balance between the game and life with those boys and that is over the four years I have been with them. It has been unreal, honestly.”

Gaining his 10th cap this coming weekend, Sunday will see Ainu’u return to the venue where he lifted the Champions Cup trophy at the end of May. Swapping places with Faumuina with 16 minutes left on the clock, his introduction to proceedings helped consolidate the victory which saw Toulouse record a historic fifth European crown.

“I never thought in my wildest dreams that I would see myself in Twickenham, playing in a European final,” Ainu’u said. “I honestly didn’t feel that those were the cards that were dealt to me, especially at this age.

“I thought that was a few years down the line when I was at the end of my career, but expecting that and to have played a big role in that, I can’t even comprehend it. It is just super grand and it is beyond me. I am still trying to understand it and I am just happy to have been a part of it.”

Operating at loosehead prop again, the Tests against England and Ireland will be a dose of normality for Ainu'u in a year full of challenges.

When speaking to TRU several weeks ago, Ainu’u’s Toulouse teammate Rynhardt Elstadt discussed how the group had been playing rugby for 56 weeks at the time of that interview. With that in mind, it felt relevant to ask whether Ainu’u ever considered not answering the Eagles' call.

“Physically, I had my restraints about it because we have been going for so long, but there is an understanding of the position USA Rugby is in,” Ainu’u said. “We haven’t got to play a Test match since Covid and the last time we all met was for the World Cup.

“For me, what was more important was being a part of something special. This is the first time we have been together for quite a bit of time. This was way too important for me to miss and not be a part of a squad that is going against two great teams.”

Playing against England this weekend will offer a sense of redemption for Ainu’u. Two years ago in Japan, he started against Eddie Jones' side at the World Cup but suffered an injury inside just three minutes at the first scrum. As a result, the teenager was then sent home for his recovery and replaced by Chance Wenglewski.

Ainu'u is one of just five players in Gary Gold's current squad who play their rugby overseas but if his opportunity with Toulouse had not come about, he would have been one of the North American pioneers in the early days of professionalism in Major League Rugby.

Now with the competition on an upward curve, Ainu'u has seen the standards of rugby grow at international level. 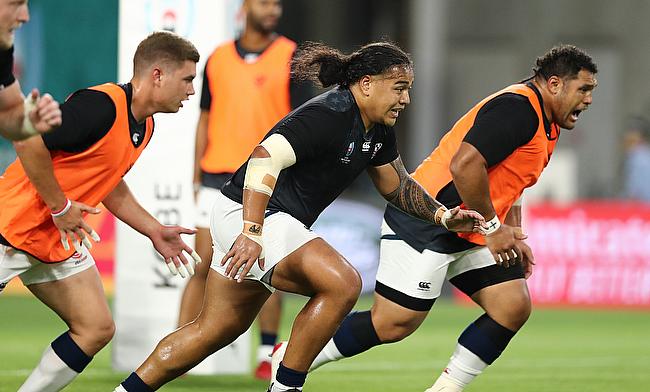 “I think from pre-MLR and pre, pre that to now, the level has jumped,” Ainu’u explained. “That level of professionalism is spreading and is only getting better each year. In the short time that I have been here (in London), everyone is taking the time to really work on their craft.

“It is great to see and promising so that after these games, we go forward into the World Cup qualifiers.”

With the USA having bids for the 2027, 2029 and 2031 Rugby World Cups considered, good performances over the next two weeks will no doubt show that rugby in North America is moving in a positive direction.

With World Cup qualifiers coming later this year - and with new players being introduced to Test match rugby - there are plenty of learnings to be taken this summer. Having the opportunity to play against Tier One opposition, Ainu’u hopes that getting some consistency will be one of the biggest positives for the Eagles.

“Being able to find cohesion on the field, to have a plan and stick to it,” Ainu’u said when asked what constituted success. “Of course, the end objective is to win the game, but I think for me it is being able to see that we can play consistent, good rugby against top tier team and that we can play our system and be effective.

“If we do that, hopefully that wields points for us and wins against great teams, but for me, it is just being able to have a system down, for us to consistently stick to it and be cohesive.

“We want everyone on the same page at the same time in the same areas and being prepared for what the opposition throws at us and attack even when we are defending. We want to show that we are still dangerous no matter what type of position we are in during a match.”