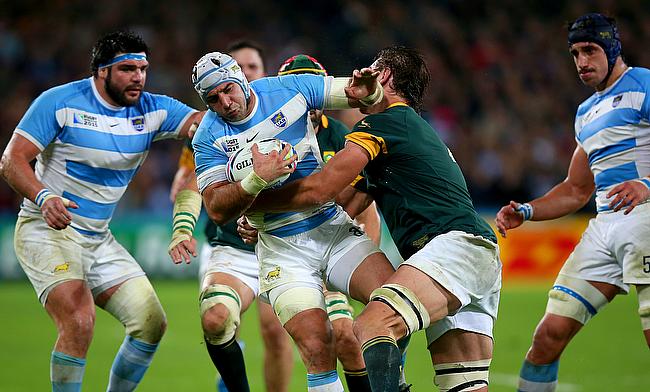 Argentina head coach Mario Ledesma has named a 31-man squad for the World Cup that kicks-off next month in September.

The squad has three players plying their trade overseas in Nicolás Sánchez, Juan Figallo and Benjamín Urdapilleta while the majority of them are from Jaguares, who had an impressive Super Rugby season this year.

Flanker Juan Manuel Leguizamón, who has featured in just four Tests in the last two years has been included in the squad and is set to play his fourth World Cup joining the likes of Mario Ledesma, Felipe Contepomi and Agustín Pichot, who were part of four showpiece events during their career.

Manuel Leguizamón (86) also has a chance to go past Contepomi (87) to become the most capped Test player for the Pumas with Agustin Creevy closely following him with 85 Tests to his name.

There are a couple of shock omissions from their RWC squad including overseas players Facundo Isa, and Santiago Cordero.

"We always said that we would take the best and that players based overseas would add value. The squad (includes) players that added value both on and off the field," Ledesma said.

"From day one, we said wed give priority to the players based in Argentina. That was our selection criteria and it was very clear for everybody."

Lucas Mensa, who recently made his debut against South Africa will also be part of the squad along with Santiago Carreras but the likes of Facundo Isa, Joaquin Diaz Bonilla and Santiago Cordero have been excluded.

Argentina had a tough start to the year after losing all the three Rugby Championship games apart from suffering a 24-18 defeat to the Springboks last weekend in Pretoria that has seen them slip to the 11th position in the World Rugby Rankings.

The squad will travel to Sydney on 30th August for a preparation camp and will face Randwick Club in a warm-up game before they head to Japan on 10th September.

The Pumas will face France in the Rugby World Cup opener in Tokyo on 21st September followed by clashes against Tonga, England and the United States of America on 28th September, 5th and 9th October respectively.