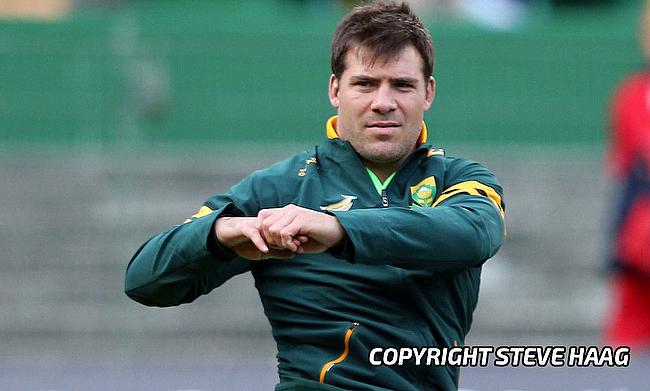 South Africa director of rugby Rassie Erasmus has named a new-look side for the upcoming clash against Argentina to be played in Pretoria next weekend.

Schalk Brits will lead the side that also has Siya Kolisi, Thomas du Toit, Wilco Louw and Marco van Staden returning while Scarra Ntubeni is set to make debut from the bench.

Brits will become the oldest player in the history of South Africa Rugby to captain the side for the first time on his first start for the side since 2008 while Kolisi will play his first game this year after recovering from a knee injury.

Elton Jantjies will take up the fly-half role and will form half-back partnership with Cobus Reinach. Herschel Jantjies was withdrawn from the game after suffering a head injury during training.

Following the game against Argentina, South Africa will face Japan in Kumagaya on 6th September before kicking start their World Cup campaign in Yokohama on 21st September.