South Africa come from behind to beat Argentina 24-18 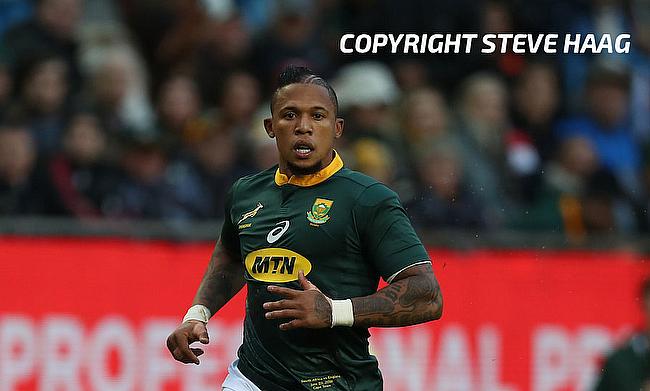 Sibusiso Nkosi scored a double as South Africa came from behind to beat Argentina 24-18 at Loftus Versfeld on Saturday.

The game was evenly contested for most of the time with Elton Jantjies back to back penalties in the final 10 minutes proving the difference between the two sides.

The Springboks suffered an early setback when a no-arm tackle from Marcos Kremer struck Marcell Coetzee as he left the field for a Head Injury Assessment.

The first points in the game came in the 21st minute when Jantjies kicked a three-pointer but Argentina went on to level the scores by the 28th minute with a penalty kick from Joaquin Diaz Bonilla.

The opening try in the game came in the 33rd minute when a combination of Jantjies and Warrick Gelant sent Nkosi over the line for the first time in the game but the conversion was missed.

Nevertheless, the visitors went into the break with an 8-10 scoreline with a try from Guido Petti Pagadizaval at the stroke of half-time that was improved by Diaz Bonilla.

South Africa had the better of the start in the second half with Nkosi beating the defence of the Pumas for his second try in the game that took their tally to 15 points following which Ben Urdapilleta and Marvin Orie traded penalties.

The game looked even with an 18-18 scoreline following Pablo Matera's try in the 66th minute but Jantjies held his nerve in kicking two penalties in the final 10 minutes to complete a 24-18 win for Rassie Erasmus' men.