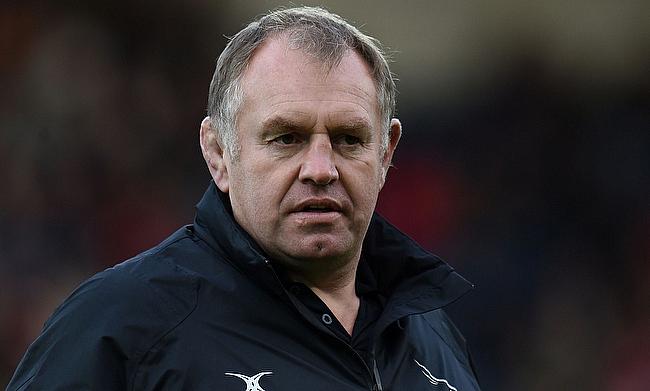 Newcastle Falcons have confirmed the signing of Exeter Chiefs lock Toby Salmon for the 2019/20 season.

Salmon started his professional rugby career with London Irish in 2014 and moved to Rotherham Titans in 2016 before joining Exeter Chiefs in 2017. He also scored a try in the Exeter's final victory over Bath in the Anglo-Welsh Cup last year.

"I've benefited hugely from being in the Chiefs environment," he told the official website of the Chiefs.

"I've always viewed Newcastle as being a great team and a great set-up, and when I've spoken to people who've experienced it up there that's exactly what they've said.

"The Falcons have a really good team culture which is evident whenever you watch them play, it's an exciting move for me and I'm looking forward to getting up there."

Salmon has played seven Premiership games for Exeter Chiefs since making his debut in 2017 and has scored a solitary try and now will become the fourth signing of the Falcons after USA lock Greg Peterson (Bordeaux-Begles), lock Darren Barry (Worcester Warriors) and Welsh centre Gareth Owen (Leicester Tigers).

"I've really enjoyed my two years with Exeter and developed a huge amount during that time, but the opportunities for game time were difficult to come by," he added.

"I'm looking forward to hopefully getting some more minutes under my belt with Newcastle - I realise that won't be easy because they have a very competitive squad - but I've played up there a few times previously and I'm just keen to get started.

"The coaches and the senior players down at Exeter have really brought me on, it has been a great environment to be part of and it's made me ready for this next challenge up at Newcastle.

"I've been up there as an opposition player and it's a really tough place to go, so it will be nice to be on the home side!"