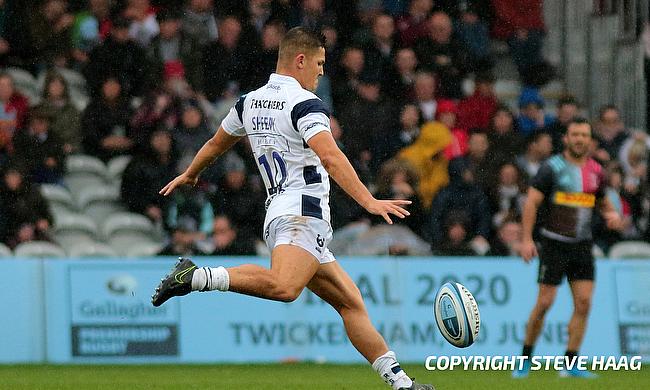 Replacement Ioan Lloyd scored a try while Callum Sheedy contributed with 11 points as Bristol Bears completed a 16-10 win over Sale Sharks in their Gallagher Premiership face-off at Ashton Gate on Friday.

The win has taken Bristol to the second place in the table with 10 points while Sale Sharks with their second defeat from three games.

The first half saw Sheedy kicking three penalty goals as Bristol raced to a nine-point lead before the break. Sale Sharks finally managed to get off the mark in the 62nd minute when Aj MacGinty kicked a three pointer and their chances took a boost when Bristol were forced to play with one player down in the final 10 minutes when Chris Vui was sin-binned.

Despite the setback, Bristol scored their opening try through Lloyd which proved enough despite a late try from Cameron Neid as they completed a six point win.

"I would have been extremely happy at 16-3, but we gave away a soft try and that's the third time we've done that this season," said Bristol director of rugby Pat Lam.

"It's maximum points against a good Sale side. We don't want to give other teams bonus points, but the main thing is that we got the win."

"We were excellent defensively and we've improved a lot in that respect. A lot of individual tackle techniques have come on and in our defensive system, there's great clarity.

"Our culture has grown and is strong. To be the team we want to be, our defence is going to have to be massive and it was tonight. We ground it out."