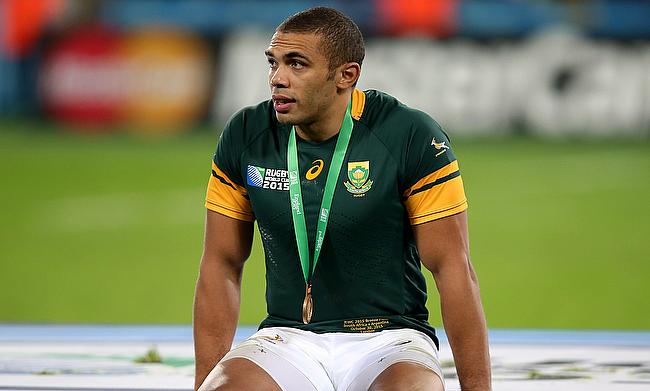 Will we see the ‘true Elliot Daly’ during this British and Irish Lions series?
British & Irish Lions slam appointment of South African Marius Jonker as TMO for first Test
Gatland’s Lions looking to be ‘on the money’ in first Springboks Test
Alun Wyn Jones to lead Lions in Test opener against South Africa

World Cup winning former South Africa international Bryan Habana has come in support of Marius Jonker after the opposition from British and Irish Lions on his appointment as TMO for the opening Test against the Springboks in Cape Town on Saturday.

Jonker's appointment came after New Zealander Brendon Pickerill did not travel for the game due to the coronavirus restrictions and the decision did not go well with the Lions management with forwards coach Robin McBryde slamming the World Rugby for lacking a contingency plan for neutral referees when they are unavailable considering the given situation.

The South African was the TMO for the Lions' tour game against South Africa 'A' and was criticised by Warren Gatland for not sending off Faf de Klerk despite the scrum-half making contact with the head of Josh Navidi. Incidentally, the Lions' only defeat of the tour came in that game.

Speaking exclusively to Sky Sports, Habana is backing Jonker to have a successful outing.

"This is a World Rugby sanctioned appointment," Habana said.

"I think it's a tough one for Marius (Jonker). He's been to Rugby World Cups and is an incredibly proud and responsible officiator and adjudicator.

"One would believe that he does it to the best of his abilities.

"We saw what happened in the SA 'A' game last week where Warren Gatland raised a few things, but there were also potentially things that didn't go South Africa's way that Rassie Erasmus showed.

"Again, I feel for Marius. I don't think he's offered himself to be put in this position.

"It's not an SA Rugby decision that has been made. So, like I say, you hope that the professionalism of all parties involved will ensure the best outcome for the game."