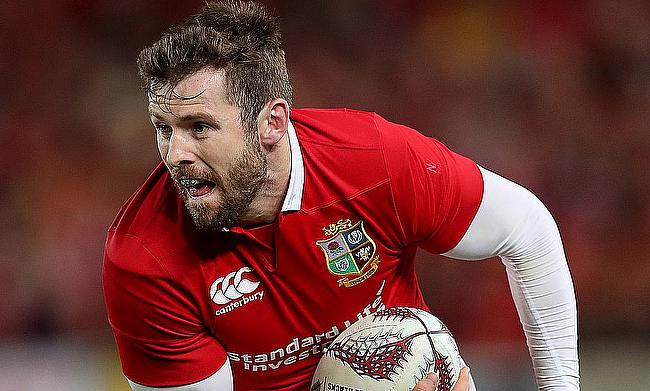 Elliot Daly starts for the British and Irish Lions against South Africa at outside centre
©PA
He understood the game way more than a child at that age should,” one of Elliot Daly’s first rugby coaches, Bob McDowall, tells TRU.

“He listened very carefully and he would just put it into action. He was one of these people, to us lesser beings, who was quite annoying because he was good at everything!”

McDowall, along with Tim Hixson, were two of Daly’s first mentors at Beckenham RFC. When the six-year-old first arrived at the Kent club, they knew they had a player on their hands. They were also not reluctant to shout about his talent: “The problem for us was that we couldn’t coach him! We knew he was special because he knew what to do before we even told him,” Hixson laughs.

“I remember one tournament where we played against Blackheath. They were like our nemesis and when Elliot came along, all of a sudden, they weren’t anymore!”

When Daly first arrived at Balmoral Avenue, he played with and against children who were a year older than him due to his birthday falling in September.

In the same team was McDowall’s son, Jamie, who actually outshone the current England and British and Irish Lions star in that particular age group: “Jamie outscored Elliot at U7s, but obviously Jamie’s career hasn’t progressed in the same way!” jokes McDowall Snr.

As we continue to reminisce, the current position Daly finds himself in is why we are having these conversations. We will discuss the number on the back of his shirt a little later, but after an underwhelming Six Nations for England and a truncated season in the Championship with Saracens, the 28-year-old was barely mentioned in the same breath when it came to the Lions touring South Africa.

However, Warren Gatland was willing to show his loyalty to Daly four years after starting him in all three Tests against New Zealand and so far, it seems to be paying dividends. The Saracen has looked sharp in his five appearances for the Lions on South African soil and he now has the opportunity to build on the positives from 2017. 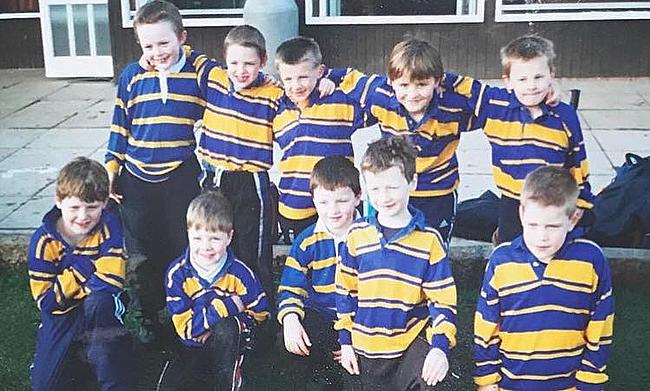 Elliot Daly (bottom left) with Jamie McDowall (top second in from the left) and George Hixson (bottom middle) at Beckenham RFC
©George Hixson
For McDowall Jnr, he was there in Auckland when the Lions dramatically drew the series with the All Blacks and he remembers his old teammate recognising him in the stands: “I was at the last Test with my younger brother and they had just finished what was a ridiculous game and we were at that end where it finished so we were pretty much behind the posts,” Jamie says. “They were doing their lap around the pitch and naturally everyone just goes to the front.

“We made our way to the front row and I just waved him over. We had a nice little chat and then he moved on, but all the people around us were like, ‘Do you know Elliot Daly?!’ It was a bit mad!”

“Was your response ‘I outscored him when I was seven?!” chuckles McDowall Snr.

After seven years with Beckenham, Daly went on to represent Dorking under the tutelage of Mike Dobson but it was at Whitgift School where people started to notice this emerging talent.

At 13-years-old, his ability had been flagged up to Whitgift’s Director of Rugby Chris Wilkins and Daly just excelled for the school, helping them to successive U18 Daily Mail Cup victories whilst also being on the books at Wasps.

“His flair and attacking skills, pace and power, and the way he put people into space, he was just a natural player,” Wilkins says. “We just let him play and obviously he had a great left boot as well which was a hell of an asset to have!”

Unsurprisingly, his performances at Twickenham on both occasions in 2010 and 2011 meant Daly’s stock continued to rise. His mammoth penalty against Oakham School is one highlight which Wilkins remembers, as does McDowall Jnr who was in the stands that day.

For both Jamie and Hixson’s son, George, who also played in the same age-grade team at Beckenham, they are keen to recall Daly’s raw talent: “I think the key story to tell is the direction from the coaches, so from my Dad and Bob, was to get the ball to Elliot as fast as possible!” Hixson laughs. “He had the ability and speed to break the line so you could see from an early age he was a cut above everyone else.

“I think the analogy would be that anyone who plays with [Lionel] Messi doesn’t complain about playing with Messi. Elliot was a massive asset to the team and everyone wants that kind of asset and we knew how good he made the team.”

“Elliot was that player who would just have the ball and he would do something whether it was step past five people or put someone else in space,” adds McDowall. “No matter what, he would always create something for you.

“Before the start of training when we were younger, all the boys would get their kicking tees out and pretend we were kicking for the World Cup or whatever. Everyone would have a go and you would see Elliot miles back from everyone else so even at a young age, he was still absolutely booting them over from distance from past the 22. We were U10s then!”

#OW Elliot Daly has the creativity and skills to be centre of Lions Test plans | Ugo Monye https://t.co/bhedjzpg1f

The hype surrounding Daly as a schoolboy and during his Wasps career led to international recognition with England at U20 level before Eddie Jones moved him into the senior set-up. However, after racking up 52 caps for his country, some feel we are yet to see the best of the 28-year-old in a white jersey.

He has only started on one occasion in the No 13 shirt for England - against South Africa back in 2016 - but after being deployed on the wing and at full-back in recent times, Daly has now returned to his favoured position.

Four years ago, he played in all three Tests on the wing in New Zealand and he had a hand in one of the most memorable Lions tries in the opening game at Eden Park, but now he is ready to make his selection at outside centre count against the world champions.

And when the question was put to the McDowall’s, the Hixson’s and Wilkins about where Daly’s best position is, the response was unanimous.

“I think he has blossomed [during the tour],” McDowall Snr says. “I think Gatland has recognised that centre is his preferred position. His eye for a gap, his offloads, he has been outstanding and I think you are seeing the true Elliot Daly.”

Jamie is in agreement: “Under Eddie Jones, he has predominately been playing on the wing and at full-back, but I think his versatility shows just how good he can be.

“At international level and with the Lions, he is able to play multiple positions at that standard and that is massive testament to him as a player. He has got the skills to really shine at 13 and obviously he has got the boot. I know they are not at altitude [in Cape Town], but if it is tight, that could be the difference.”

“My Dad and I have spoken about this since he broke onto the international scene,” George adds. “He has been playing international rugby for five years so it is amazing it has taken until this point to play him in his best position.

“Because he is so naturally gifted, he can play across the whole of the backline but if you properly want to get the most out of him, it is in the position he is in now and obviously Gatland has identified that so that will bring the best out of him.”

“We [Whitgift] are very proud of him,” says Wilkins. “The great thing about the school is we are producing a lot of players at different levels, but Elliot was certainly something special.

“If he plays at 13, there’s a lot more to come from him and he’s showing that now. He played a lot of games for Wasps at 13, but in the last few years, he has been playing at 15 and 11 for England where he’s done well and everything, but his natural position is a 13 and that is what really excites me because he is playing there at the highest level this weekend.”

Of course, Daly already has several milestones ticked off in his career, but as Wilkins alludes to, this summer could provide the catalyst for the next chapter in his journey.

None of what Daly has achieved thus far seems to surprise anyone who has coached or played with him, but for all of his talent on the pitch, the 28-year-old has also never forgotten his roots.

Visits back to Whitgift as well as special messages to Beckenham RFC during their 125th anniversary sum up Daly’s character and the influence of his parents Martin and Caroline - who are referenced during these conversations - cannot be understated.

The moment we’ve all waited FOUR years for is here…??

Wilkins has sent Daly a good luck message ahead of the weekend whilst the Hixson’s still keep in touch with the Lions star as their family business - Tom Hixson of Smithfield - supply him with meat which fellow teammates Owen Farrell and Stuart Hogg also enjoy.

“Obviously, there is a natural synergy between rugby players and a lot of them are on high protein diets,” George adds. “They get quite into their barbecuing hench why our conversations with Elliot have continued! He has got a Traeger grill and I do think it is a bit of a community between players. Last time Elliot really liked the Pichana which is a rump cap steak so it has been nice to keep that connection with him!

“We are actually doing a BBQ v Braai challenge on our Instagram with two content creators here in the UK and one of them is South African. It is just a spin-off off the buzz of the rugby and it is two passion points for the two nations!”

Expect the food challenge to be as red hot as the opening clash with South Africa on Saturday and whilst Daly is no stranger to the cauldron of Test match rugby for the Lions, pulling on the famous red jersey with the number 13 on his back is an achievement he, and everyone connected with him, can take pride in.

“Sometimes you can feel quite detached from elite sport so for us all to have that personal connection and see him flourish has been fantastic,” the Hixson’s say. “We’re a small part of his journey and we are still really proud.”