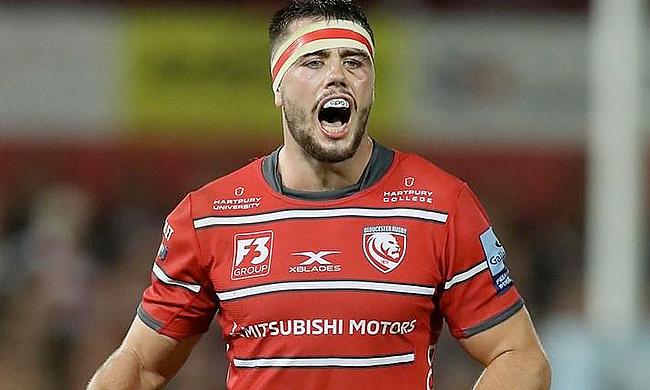 Gloucester Rugby have confirmed back-row Lewis Ludlow as the captain for the 2020/21 season.

Ludlow has been with Gloucester since his professional rugby debut in 2015 and has made over 100 appearances for the Cherry and Whites including 81 Premiership appearances.

The 26-year-old had also represented England Under 18 in the past and was called up by England coach Eddie Jones in the senior squad in October.

Also a Welsh-qualified player through his grandfather, Ludlow had also captained Gloucester on numerous times but now has been assigned the role on permanent basis.

“It’s a massive honour for me. A Club like this has so much history, and looking at some of the past Captains, it’s a really huge privilege, and it’s one I won’t take lightly," he told the official website of the club.

“Gloucester gave me a chance when I was 17, and I’ve been in the pathway ever since, so now to be given the Captaincy, it’s huge for me, and I’ll be looking to repay the faith the Club has put in me.”

Head coach George Skivington is confident that Ludlow has all the attributes to lead Gloucester to a successful season.

“Lewis epitomises everything we want from a Gloucester Rugby player; he turns up for work every day and gives 100%, he’s Gloucester Rugby through and through, and most importantly he leads by example," said Skivington.

“As an academy graduate, he is a great role-model for those younger players coming through who will be aiming to emulate the journey Lewis has been on so far.”

Gloucester will kick-start the 2020/21 season of Premiership with a clash against Leicester Tigers to be played at Welford Road on 21st November.