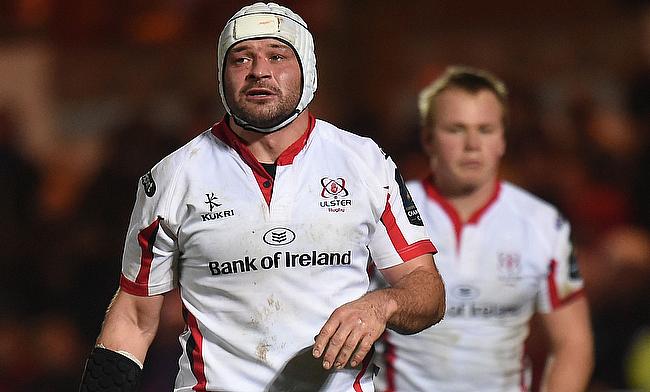 Both teams have already been beaten by Pool One leaders Saracens this season, and Ulster cannot afford a second consecutive home defeat if they are to remain in the hunt for a quarter-final berth.

"They are predictably unpredictable," was rugby director Kiss’ assessment of the four-time European champions Toulouse.

"They have a massive squad that is full of internationals, so that gives them some really good options all over the park.

"They are second in the Top 14, so it's a huge challenge for us, but the boys have shown great character and we will step up to the plate.

"Losing can put you on the back foot, but it would be remiss of anyone to define a competition after two games. I don't think anyone's has been defined after round two in this competition before."

Ulster have a game in hand on both Toulouse and Saracens after their fixture with Oyonnax last month was postponed in the aftermath of the Paris terror attacks, with that match now rearranged for January 10.

And Kiss added: "Toulouse know it's a real battle for that second place, and you never know what could happen if we do win.

"Saracens know we have that extra game up our sleeves. You don't think they will take their eye off the ball, but it does put extra pressure on them."

Ulster's preparations to face Toulouse, though, have been hit by a number of injuries, with Iain Henderson, Darren Cave and Dan Tuohy all ruled out of Friday’s game. However skipper Rory Best makes a welcome return to the front-row, packing down alongside Kyle McCall and Wiehahn Herbst.

The European Challenge Cup continues on Friday, meanwhile, with Newcastle hoping to bounce back from their 38-3 Aviva Premierahip home defeat against Saracens last weekend when they tackle Pool One leaders Connacht in Galway.

"Connacht are a good side and are in a rich vein of form in the Guinness PRO12, even having lost at Cardiff Blues last Friday," said Falcons rugby director Dean Richards, who has made 11 changes for the return to European action.

"They will be a hard side to beat over there."

"It's fair to say we need to win both games," said Blues head coach Danny Wilson, referencing home and away matches against Montpellier during the next week.

"Montpellier are full of international-quality players right throughout their squad, and they have spent a huge amount of money on that squad. Whichever team is picked, you know it's going to be a good side."