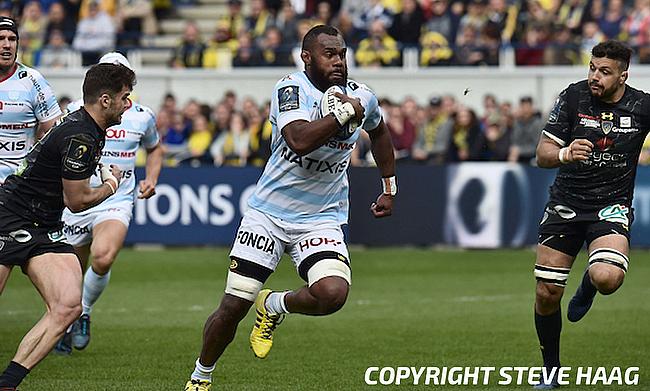 Racing 92 have confirmed the sacking of Fiji international Leone Nakarawa from the French club with immediate effect.

The 6ft 6in lock featured for the Pacific Island side in all the four group games of the World Cup and was expected to join Racing 92 at the end of October. However, Nakarawa headed to Paris with a two-week delay and did not respond to messages from the club.

This did not go well with the French club, who suspended his contract temporarily pending an investigation after which the decision to terminate him was made.

"After a few days of reflection added to the legal deadlines in force, Jacky Lorenzetti, President of Racing 92 decided to terminate the contract of Mr Léone Nakarawa." - statement from Racing 92 read.

"This decision, taken in consultation with the sporting director of the club, follows the proven disciplinary deficiencies of Mr. Leone Nakarawa who, in particular, did not show up for the resumption of training scheduled on October 28, 2019."

"Mr. Leone Nakarawa also refused to answer the messages that the club sent him after noting his unjustified absence and simply set his own date of return, the 9th and 12th November, putting the Club before the fait accompli and deliberately missing the match against the Stade Francais on 3 November and the first game of the European Cup against the Saracens, on November 17, 2019"

"His abandonment of post more than two weeks has caused a great prejudice to Racing 92, prejudice that Mr. Leone Nakarawa does not ignore. And this is not the first time that the Club accuses him of abandoning his post. This is, moreover, a deplorable example for Racing 92 players while his title of best player of the 2018 European Cup should have encouraged him to be exemplary."

"At Racing, the only star is the team and the individualistic attitude of Mr. Leone Nakarawa is inconceivable. It denotes a total lack of team spirit and a marked insubordination.

"In order to preserve the Racing 92 institution, this decision of rupture was essential"

Nakarawa was a gold medalist for Fiji Sevens during the 2016 Rio Olympics and has played 61 Tests for Fiji in which he scored 13 tries. He also previously played for Glasgow Warriors between 2013 and 2016. According to reports, Nakarawa has grabbed the attention of a number of clubs including the likes of Sale Sharks, Toulon and Lyon.

Harlequins' Champions Cup game against Racing 92 to be without fans