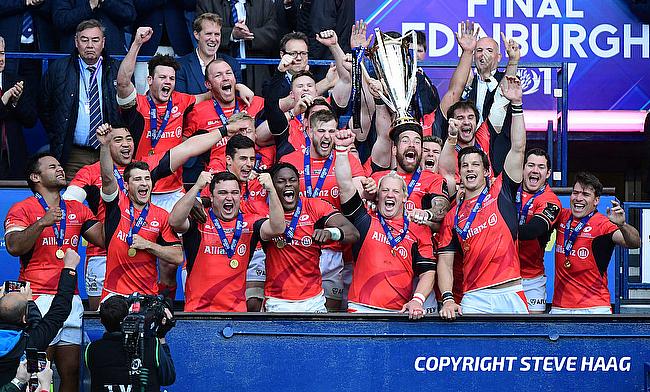 Three-time champions Saracens will begin their European Champions Cup title defence against Racing 92 on 17th November as the fixtures for the 2019/20 season were unveiled on Friday.

The groups were already announced in June with Saracens lined up in the same group as Mynster, Ospreys and Racing 92 with Mark McCall's men travelling to Paris La Defense Arena for their tournament opener against the French side.

The round 1 clashes will come to a conclusion on Sunday when Lyon head to Franklin's Gardens to take on Northampton Saints while Connacht Rugby host Montpellier apart from Racing 92 - Saracens encounter.

BT Sport, Channel 4, Virgin Media or DAZN, and in France on beIN SPORTS and France Télévisions will broadcast all 60 matches in the six rounds of the tournament comprising of 60 matches.

The EPCR also unveiled the fixtures for the Challenge Cup with Enisei hosting Worcester Warriors along with Agen, Stade Francais and Bayonne taking on Edinburgh, Brive and Toulon respectively in the opening day on 15th November.

Italian team Calvisano, newly promoted London Irish, Cardiff Blues, Pau, Bristol Bears, Zebre, Dragons, Castres, Bordeaux, Wasps and Scarlets will all be in action on 16th November in the remainder of the opening round 1 games.