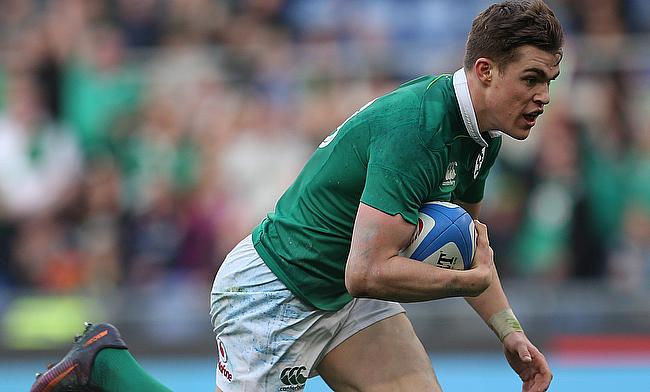 Garry Ringrose was one of the try-scorer for Leinster
©PA

Leinster managed to hold off Glasgow Warriors with a 15-18 victory in the final at Celtic Park to claim the Pro14 title.

The Irish regional side already hold the maximum titles since the tournament inception and this is their sixth title overall while Glasgow would be disappointed to not have snatched their first title since they last won in 2014/15.

Glasgow Warriors began the game briskly and made full use of a lineout error from Leinster as Scott Cummings ensured Matt Fagerson dived across the line in the 14th minute and Adam Hastings kicked the conversion to make it 7-0.

The momentum swung towards the visitors a minute later when Luke McGrath charged down Stuart Hogg allowing Garry Ringrose to touchdown making the scoreline 7-5. Johnny Sexton missed out on the conversion but a penalty goal from Hastings in the 23rd minute increased the hosts' lead to 10-5.

Glasgow's momentum dented when Fraser Brown was stretchered off the field in the 26th minute and a minute later Cian Healy dotted down to level the scores. Leinster soon claimed the lead for the first time in the game with a conversion and a penalty from Sexton as the teams went into the break with a 10-15 scoreline.

As Ringrose and James Lowe launched an attack on Glasgow in the second half, Kyle Steyn was sin-binned in the 50th minute for lying on the latter and Sexton with his second penalty goal ensured Leinster's lead increased to 10-18.

Stuart Hogg, who is set to move to Exeter next season did not have the best of the finish with Glasgow as Rob Kearney clattered into him in the air. Kearney was yellow-carded for the offence but Hogg's Glasgow career was over by the 65th minute.

A late 75th try from Grant Stewart gave Glasgow hope but Hastings missed the conversion and with no further breakthrough for Dave Rennie's men, Leinster ensured they completed a thrilling three-point win.