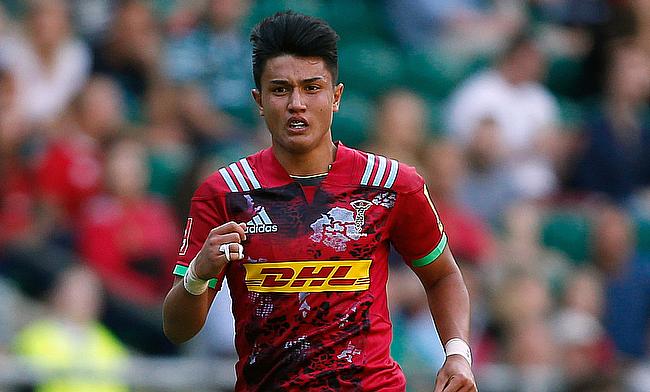 Late-try from Telusa Veainu followed by George Ford's conversion proved decisive as Leicester Tigers came from behind to seize a 30-30 draw against Harlequins in front of a packed Twickenham Stadium on Saturday.

The result meant Leicester Tigers now have six points - a lead of 19 over bottom placed Saracens, who have an extra game in hand while Harlequins are at eighth place with 17 points.

A second penalty kick from Ford in the 25th minute gave the Tigers a lead but it was short-lived as Paul Lasike crossed over in the 29th minute for the opening try of the game with Smith kicking a conversion and a penalty goal to make the scoreline 13-6 at the end of the first half.

The Tigers made a strong start to the second half with Kyle Eastmond dotting down followed by a Ford conversion helping them level the scores but back to back tries from Smith and Chris Robshaw ensured the Quins were in control with a 27-13 lead. However, Kyle Sinckler had to leave the field after getting injured during the build up to Robshaw's try.

Jordan Taufua's try at the start of the final quarter gave Tigers' hope bringing the gap down to seven points which remained intact after Smith and Ford traded penalties.

Leicester were given a chance to comeback in the game as the Quins had to play most of the final 10 minutes with one player less after Will Collier was sin-binned for collapsing a scrum and the visitors responded back immediately with Veainu's try while Ford's conversion saw them finish the game with a 30-30 draw.