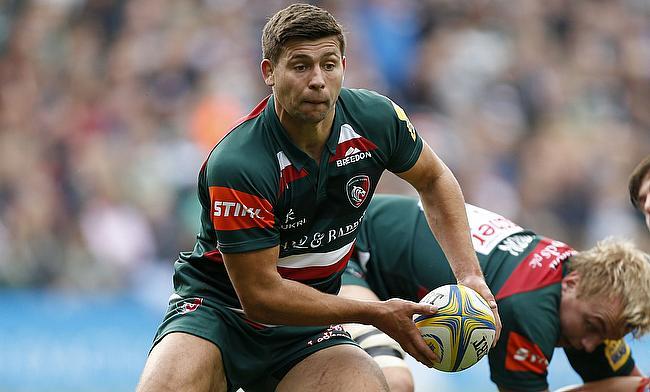 Ben Youngs has played for Leicester Tigers since 2007
©PA

Trainee accountant Forbes not in Scotland squad to make up the numbers
France international Geoffrey Doumayrou to join Montpellier
Match Centre: Worcester Warriors 17-18 Leicester Tigers
Tim Stimpson Interview: We love the intensity of rugby but we don’t want it to come at a price

It was a second-half fightback against Worcester Warriors that resulted in Leicester Tigers coming away from Sixways with an 18-17 victory.

Ellis Genge scored a brace for Steve Borthwick’s side who went into the break 16-6 down, with penalties from full-back Zack Henry getting the visiting side on the board.

Now attentions turn to playing the league leaders Bristol Bears on Saturday afternoon. With the play-off places in the Premiership confirmed and Leicester’s position in the top eight all but rubber-stamped, fans will be making their return to Mattioli Woods Welford Road for the first time since March 2020 to roar on the Tigers.

For their last two games, Leicester have played in front of spectators at Twickenham for the Challenge Cup final and at Sixways for their encounter with Worcester. Now, 6,000 supporters are expected to be present in the East Midlands to watch their club in person for the first time in 15 months.

Having made his Tigers debut back in 2018, Joe Heyes has experienced the full force of a full crowd at Mattioli Woods Welford Road and the 22-year-old says it has been difficult for the team to motivate themselves out on the pitch without fans present.

“It is a bit anticlimactic, really,” Heyes said. “There is all that build up in the changing rooms the week before and then you get onto the pitch, and then it is just yourselves and you have got to create your own energy and your own noise.

“It was amazing, actually, when we were at Twickenham. Even at Sixways, what the fans can do in terms of giving you a bit of a kick, a bit of a boost. They are missed. It is not the same.

“Welford Road, it is a big, lonely place when there is no one there. It is good to have fans back because we are a huge fanbase club. There is a great relationship between players and fans. I think to have them back, to show the improvements that we have done in our rugby, it is really exciting.”

Having placed 11th in the past two Gallagher Premiership seasons, Tigers currently sit in sixth, highlighting the noticeable change at the club since Borthwick arrived just under a year ago.

Blooding plenty of youngsters and establishing his style of play, the 41-year-old Cumbrian is quick to emphasise that there is no objective between now and the end of the season, with the game against Pat Lam’s Bears providing a good barometer for the progress that has been made over the course of this season.

“It is a great challenge for us so early in our journey and we enjoy those challenges, and we learn a lot from those challenges so we will continue trying to be the best team we can be.”

Under Borthwick, it seems as though Leicester have found an identity again. After the hallmark names who helped consolidate the club at the top of the game moved away from the Tigers or retired, it felt as though the side was rudderless.

Bringing in several overseas players, as well as experienced international stars and a new coaching group, Borthwick has certainly shaken things up in Leicester. So far, there has been a dramatic upturn in form, but only time will tell as to whether the Tigers can continue heading in the right direction and next season is likely to be one of the biggest markers for this.

Ahead of welcoming them to Mattioli Woods Welford Road this weekend, we're throwing it back to our last meeting with Bristol Bears at Tigers HQ. pic.twitter.com/hU8BXl9hOU

Early on in his reign, it was clear that the new head coach was looking to test his players and see who would sink or swim. Some poor results did follow, but without the threat of relegation, players were able to grow.

The likes of Dan Kelly, Freddie Steward and George Martin are some of the younger names to have established themselves as starters in the East Midlands, whilst Jasper Wiese, Matias Moroni, Nemani Nadolo and Guy Porter have all lent themselves well to the cause.

Having been with the Tigers through the highs and the lows, Ben Youngs will undoubtedly be hoping to take the club back up to the top rung of the Premiership. Still only 31, it seems as though there is certainly that chance and they will have a stern test against Bristol this weekend.

“They have got a real structure to how they play sort of like chess pieces and they are each a moving part," Youngs said. "You can see it is very patterned, it is very ‘this guy goes here, this guy does that, you pass here’ and it is like a game of chess to a degree, but they are very good at it.

“We haven’t made top four and mathematically we can’t get there, so let’s see where we’re at and I think it will be a great game for us to go; 'right, here we are.' Then, come pre-season and September, hopefully we will make up some ground and go again.”