by Will Sherrington  Friday 9 April 2021 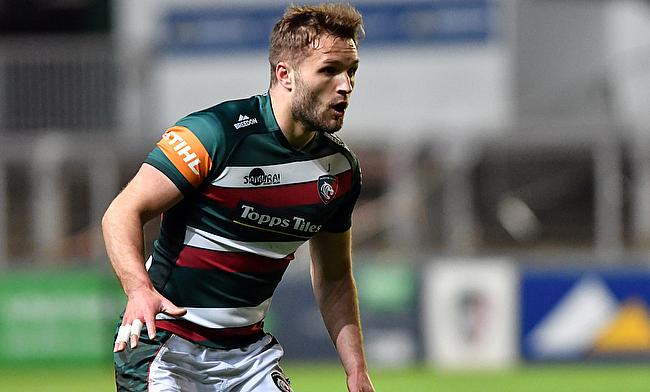 Last weekend, Leicester Tigers saw off Connacht 48-32 in the European Challenge Cup Round of 16, and it was their relentless rolling maul that got them over the line time after time.

Their efforts mean Steve Borthwick’s side have set up a quarter-final against Newcastle Falcons on Saturday and this season has seen Leicester rekindle their form from years gone by.

The combative forward pack have recaptured the power of the club’s once famed mauling game, which prompted Newcastle head coach Dave Walder to say the Tigers are the “strongest mauling team in the Premiership at the moment” during his media duties earlier in the week.

One player who has benefitted from Leicester’s approach this season is hooker Charlie Clare, who puts the success of their rolling maul down to his teammates' hard work.

He said: “I enjoy scrums, I enjoy mauls. I’m probably a bit of a weirdo in that sense, but it’s the way we want to play and it’s something we pride ourselves on, so we put a lot of work into it. It is everyone who buys into it that makes it successful so hopefully we can continue that strength of ours.

Often watching on in the 10 shirt is teammate Johnny McPhillips who was quick to praise his forward pack for creating a good amount of try-scoring opportunities.

He said: “It’s always nice to see the forwards get a bit of credit for their hard work. The maul has been massive this season. I think it is self-evident with the amount of tries we scored from it and the way we have used it as a tool to impose on games.

“From a half-back's point of view, if you’ve got a good maul, it really helps your ability to play and adds to that variety of attacking options. If the forwards can get you on the front foot, it makes the game a lot easier.

“I think this season, the maul across the Premiership and Europe has been a weapon for all teams. I think if you can try and get your drill right as much as possible, it’s always going to help you in games.”

Newcastle Falcons are a familiar club for McPhillips, who was part of the youth set-up some years ago. He hails from the North-East himself and is well-aware of the talent in Dean Richards’ squad.

Impressed with how his hometown team have performed recently, the half-back did praise the Falcons’ grit and determination in their own Round of 16 victory over Ospreys.

“I was in the underage academy with a few of the players,” McPhillips added. “They’re really good blokes and a well-coached team. They’ve got a really close-knit squad and I think they’ve shown that with the form that they’ve had, especially at the start of the season. They were playing some really good rugby and still are.

“It was a very impressive performance against Ospreys at the weekend away from home which is a really tough place to go and get a result. I think the manner in which they played was something to be admired.”

We could see a repeat victory for Leicester tomorrow as just two weeks ago, the sides met in the Gallagher Premiership in a game which saw the Tigers prevail 26-12.

McPhillips believes that despite their recent triumph over the Falcons, the European charm of this fixture will no doubt produce a very different feel, but he said Leicester will be up to facing what he thinks will be a stern test.

“They’re such a well-coached and well-drilled team that there aren’t really any obvious things that you could really go after. They’ve got quality across the backline, a really good forward pack, a good tight five and a very good set-piece.

“So, in terms of applying ourselves, I think we’ve just got to look after ourselves and make sure we turn up both physically and in the loose. When you’re playing Newcastle, you’ve always got to turn up physically."

Given Leicester’s silver showered history and the unfortunate slump they have found themselves in over recent years, the European Challenge Cup could be an opportunity for the players to confirm that the Tigers are heading in the right direction once again.

Despite the optimisms of aiming to win the competition, McPhillips is taking a levelled approach and believes the ‘one game at a time’ mantra rings true at Leicester.

He said: “From our point of view, we’re not really thinking too far ahead. I know it’s a bit of a cliché, but, genuinely, all of our focus is on the next game so the mentality of our next game is the most important one.

“We’re not getting too far ahead of ourselves. It’s a squad effort. Everyone is buying in. Training is nice and competitive. I think the focus has been if we can get our training competitive and the squad working well, then that puts us in a position to win games and whatever comes at the end of the season comes as a result of the hard work that we put in.”

Clare is of a similar opinion to McPhillips and is focused solely on the task in hand come Saturday afternoon.

He said: “We’ve got a game plan that we want to try and execute. We’ve got a performance we want to get and if we can achieve those things in the game, then hopefully the result will follow. We’ll just be looking at that and trying to get all those things right on Saturday.”