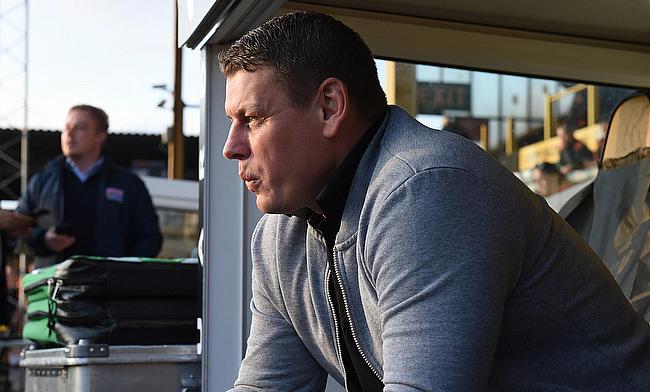 Lee Radford has been associated with rugby league for the past 23 years. He lifted the Super League title twice with the Bradford Bulls and the Challenge Cup on three occassions as a player and a coach, but now the former Hull FC man is opening a new chapter.

Having left Humberside in March, following a poor run of form for the Black and Whites, Radford has made the decision to follow in the footsteps of other high-profile rugby league stars and cross codes. In recent years, the likes of Shaun Edwards, Andy Farrell and Mike Ford have all made impacts in rugby union and the 41-year-old hopes to follow suit.

Moving to America in order to take up the post of defence coach with new Major League Rugby side the Dallas Jackals, this is not Radford’s first encounter with rugby union. Post-retirement in 2011, he played for and coached National Two North side Hull RUFC, an experience that he says he enjoyed immensely.

“Tevita Vaikona was coach there, who I played with at Bradford Bulls,” Radford said. “I really enjoyed it, really enjoyed the people and they seem a different personality, if that makes sense, to your average rugby league player. I really enjoyed their company and I had a year coaching there as well and stayed in touch with a lot of people from my time at the club as well.

“Throughout my time as a coach at Hull FC, I have gone to different union organisations and I have been a little bit taken aback by the difference in the two sports. If you imagine that rugby league players are mainly from housing estates and when they are asked to speak, not many of them put their hands up to speak.

Lee Radford has been announced as the Dallas Jackals Defense Coach! Welcome to the pack Lee!

Leading Hull FC for the past six seasons prior to his dismissal, Radford admits that he was in search of a new challenge after spending half of his life in professional rugby league. Moving fairly far afield to Dallas, Texas, he will be linking up with former Ospreys coach, Allen Clarke, and former Manchester RUFC Head Coach, Elaine Vassie.

Meeting Clarke during the summer when the Irishman shadowed Radford at Hull FC, the pair struck up a good friendship. Having offered Clarke support after Ospreys let him go earlier this season, they were in touch once more in March when Radford was looking for a new experience.

“Allen messaged and said; 'really sorry to have seen the news,'” Radford recounted. “I just said that I really appreciated it and asked if there was a chance of me going down to Wales and picking his brain as I saw rugby union as the direction I wanted to go down.

Having spent so long in the same sphere of professional sports, it is understandable that Radford was in search of a new challenge. Luckily, plenty of his former teammates, opposition and friends have trodden a similar path, going on to coach at an esteemed level of rugby union, with the former league forward saying he is already being engaged by a new challenge.

“Its really got my brain ticking again,” Radford explains. “I can press pause on a Super League game on Sky, tell you who the player is, if he is in position, if he is out of position, where he isn’t. Watching more and more rugby (union), I have got to pause it, wait for the player to turn around, get the number on the back of his shirt. I take notes etc and that has been really good and interesting to learn from.

“Thankfully I have got a lot of friends that have taken that path. Sean Long (Harlequins assistant coach), Clive Griffiths at Doncaster, Dave Ellis the former All Black defence coach, Paul Deacon (Sale Sharks attack/skills coach), Mike Forshaw (Sale Sharks S&C Coach), Martin Gleeson at Wasps. I am lucky there is a little network there that I can pick up the phone to and pick their brains.”

Rugby league has been a professional sport since it broke away from union in 1895, with league sides wanting to reimburse their players for participating on behalf of their teams. It took 100 years until rugby union officially went professional, with the sport in America starting to grow even more.

It was in 2018 that Major League Rugby first made its bow and the competition is progressing ever year. Dallas are the latest addition to the league, getting four picks at the inaugural MLR Draft in June, courtesy of New York trading their two picks away to the Texan side in return for a foreign player roster spot.

Hardly going to be in the heart of rugby league country once he moves over to Dallas, Radford says that whilst ‘having a beer without 10 people watching’ him will be different, he is looking forward to getting started. Likening the competition to the beginnings of Major League Soccer, he is very much looking forward to arriving at the Jackals door.

“I spoke to Mike Ford, who was quite influential in getting Dallas off the ground, he said that American players in general are like sponges. They are very professional and very willing to learn and really willing to get better. As a coach, that is music to your ears.”