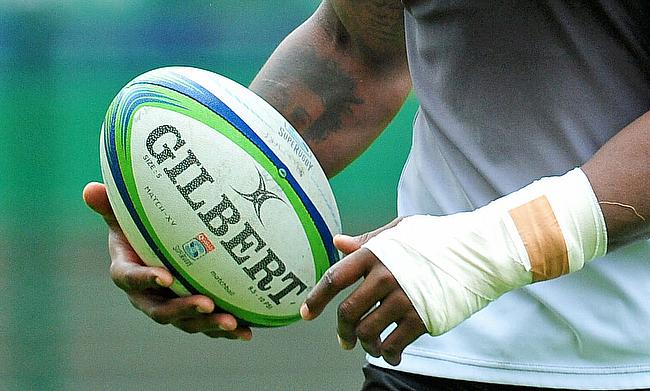 Brumbies have won both their games
©PA

Issak Fines scored the decisive try in the 77th minute while Bayley Kuenzle kicked a nerveless conversion as Brumbies came from behind to beat Waratahs by one point in the third round of Super Rugby AU at ANZ Stadium on Saturday.

This is Brumbies' second win from as many games as they move to the second position in the table while Waratahs are at third with two defeats and a win from three matches.

With the final 30 minutes to go, Brumbies were trailing by 23-17 and it looked all over for them as their desperation could not be converted to points until Kuenzle, who replaced injured fly-half Noah Lolesio slotted the conversion to Fines' vital try in the 77th minute to take the visitors over the line with a 23-24 margin.

Brumbies made a bright start to the game with Thomas Cusack scoring a try in the fifth minute before Will Harrison scored back to back penalties to put Waratahs in front.

Brumbies suffered setback in the 21st minute when Andy Muirhead was sin-binned by referee Angus Gardner and Waratahs made full use of the numerical advantage with Tom Horton (24') and James Ramm (29') both scoring and Harrison's double conversion took their lead to 20-5.

However, they surrendered their advantage before the break as Brumbies fought back hard by tries from Folau Fainga'a (34') and Rob Valetini (37') that reduced the gap to 20-17 heading into the second half.

A penalty kick from Harrison in the 50th minute took Waratahs to a six point lead and just when they thought they sealed the game, before Fines' try cut short their celebration leading Brumbies to a thrilling win.