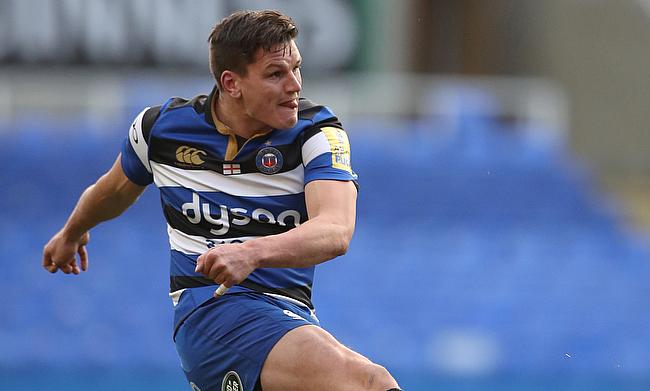 Freddie Burns had a tough outing for Bath
©PA

Freddie Burns had a tough outing as Bath were edged out 20-22 by Toulouse in their Pool 1 encounter in the European Champions Cup at Recreation Ground on Saturday.

Bath now are positioned third in the Pool 1 table while Toulouse finish the first round at the second place with four points.

Burns kick-started the proceedings with a third minute penalty goal to get Bath off the mark but Toulouse bounced back after an offload from lock Joe Tekori found Maxime Medard, who crashed in the corner. Fullback Thomas Ramos kicked the conversion as the visitors had a 3-7 lead in the first 10 minutes.

Bath replied back when Jamie Roberts scored a 25th minute try on his return from a fractured cheekbone. Burns kicked the extras and three minutes later also scored a converted try before Sofiane Guitoune with his 35th minute touchdown reduced Toulouse's deficit to 17-12 before the break.

Roberts though suffered another injury just before the half-time when he was hit by Jerome Kaino with the latter sin-binned as Toulouse were reduced to 14-men temporarily.

All Bath managed in the next 10 minutes was a penalty kick from Burns as Bath stretched their lead to 20-12 before their momentum was dampened by a yellow card to Tom Ellis for a tip tackle on Rynhardt Elstadt. Ramos kicked his penalty as the gap between the two teams came down to five points.

Guitoune scored a vital 62nd minute try as Toulouse levelled the scores while a conversion from Ramos put the French side into a two point lead. However with six minutes remaining, Burns missed a straightforward penalty and moments later he failed to dot down a try and as he started celebrating the ball was poked out of his hand by Maxime Medard. The errors proved costly as Bath succumbed to a two point defeat.

Love this sport for the highs and the lows. Today was an ultimate low and a mistake I’ll learn from. I’ll continue to give my best as I always do. Lastly just apologies to the boys and the supporters for the mistake. I’ll bounce back... thanks for the support ????