Tom Prydie ruled out of Champions Cup opener for Scarlets 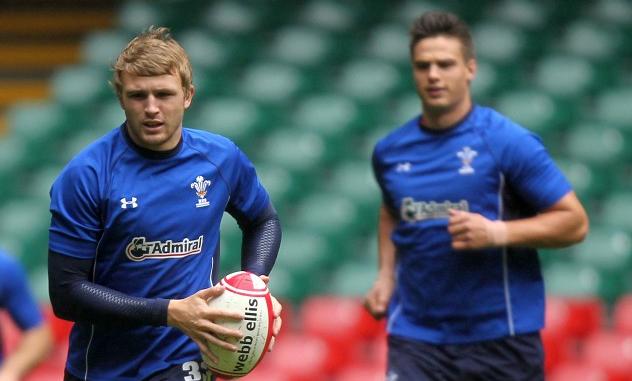 The 26-year-old sustained the blow during the recently concluded Pro14 encounter against Ospreys in Llanelli last weekend when he had to leave the field in the 48th minute and now will consult a specialist to assess the extent of the damage.

Meanwhile, Jonathan Davies and prop Rob Evans, who were sidelined with knee and shoulder injuries respectively are on course for a return while Steff Evans is a possible replacement for Prydie after featuring for Scarlets A side four times this season.

Scarlets centre Kieron Fonotia is also likely to miss the upcoming game against Racing 92 after he was cited for a breach of Law 9.12 - A player must not physically or verbally abuse anyone.

Scarlets head coach Wayne Pivac is hopeful that the right decision will be made on Fonotia.

"It was just a reactionary thing. Gareth Davies was about to go over the sideline halfway and thrown the ball over his head," Pivac said. Kieron has caught the ball and George North has reacted. Kieron has seen him coming and gone out to fend him and caught him with a forearm.

"We have had a good look at it and... it was an instinctive reaction to fend a player away. It was 6ft 4in and 110kg coming towards him.

"It certainly was not intentional but with these things now, the head is protected and if you come in contact with it you are going before the judicial. We will follow the process and see what happens. The focus on the ball-carrier is changing the shape of the game.

"I just hope the law makers have a look at the height of big men coming into putting shots on players so it is a two-way street. This one you have a big guy coming at a guy that is smaller and he is putting his arm to try and fend him away.

"It is accidental but by the letter of the law and you have to look the contact is on the chin, he is going to get some time."