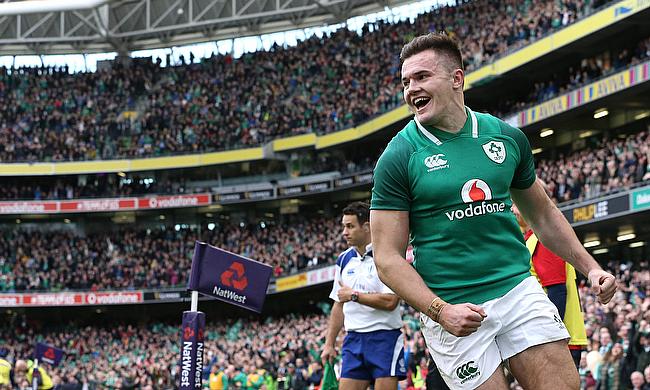 Jacob Stockdale is sidelined with a knee injury
©PA

Ireland will miss the services of Ulster back Jacob Stockdale for the upcoming third round of the Six Nations tournament against Italy after failing to recover from a knee injury.

The 24-year-old has been sidelined with the injury since January when he suffered the blow during the game against Munster and had already missed the opening two games of the Six Nations tournament.

However, Ireland will be boosted by the return of skipper Johnny Sexton and James Ryan after they missed the game against France due to concussion while Conor Murray has overcame a hamstring injury. Iain Henderson, Tadhg Furlong, Peter O’Mahony and James Lowe are also part of the 36-man squad despite injury concerns.

“Since the Autumn international window the club season has had a good few disruptions and the cancellation of the European fixtures means there have been less opportunities for players to show form or to return from injury and get some minutes under their belts," said Farrell to the official website of Ireland Rugby.

“Tadhg (Furlong) hasn’t played in quite a while but he is ready to join the group.

“Unfortunately, Jacob (Stockdale) will not be available to us.”

Ireland currently are at fifth place in the Six Nations table after losing both their opening games against Wales and France.