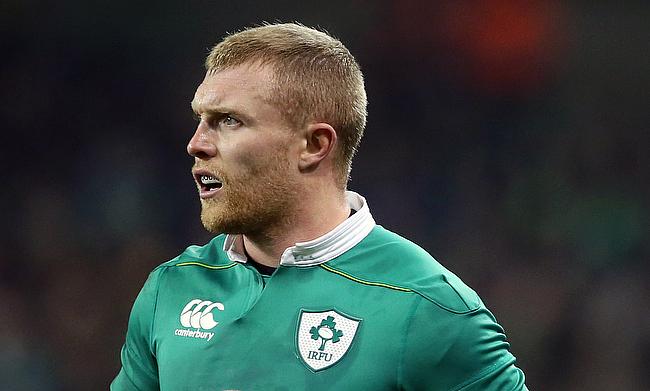 Ireland and Munster wing has committed his immediate future with the Irish Rugby Football Union after signing a one-year contract extension.

Earls has been with Munster since his professional rugby debut in 2007 and has made 177 appearances for them scoring 57 tries. He also enjoyed two Pro14 titles and a European Champions Cup triumph with the club and was named Munster's Player of the Year in 2018.

The 33-year-old went on to make his international debut for Ireland in 2008 and featured in 91 Tests including 14 appearances in 2011, 2015 and 2019 World Cups combined. He was also part of the Ireland squad that clinched the Six Nations Grand Slam in 2018.

Earls was a member of the British and Irish Lions squad that toured South Africa in 2009 but did not feature in any of the three Tests.

“I want to play a role for Munster this season and next and I am as passionate as ever about pulling on the green jersey and being successful with Ireland.“

IRFU Performance Director David Nucifora lavished praise on Earls and his contribution to both Ireland and Munster.

“Keith is a vastly experienced senior international player who continues to perform for both Ireland and Munster.

"He is a model professional and sets a great example for young players coming through in both the provincial and national environments.”

Ireland are positioned third in the ongoing Six Nations competition with a solitary win from three games and will take on Scotland and England in the final two rounds on 14th and 20th March respectively.