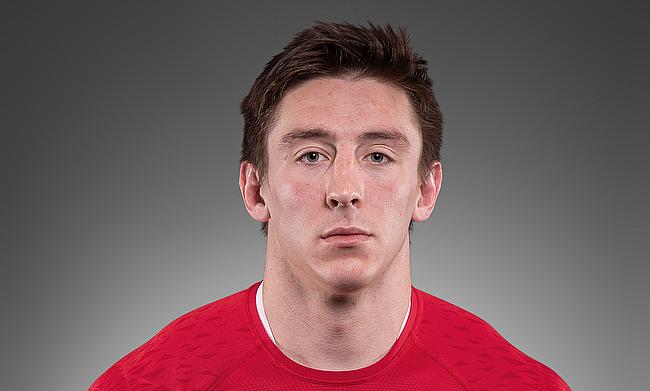 Josh Adams scored four second half tries as British and Irish Lions kick-started their South African tour with 14-56 win over Sigma Lions in the tour game in Johannesburg on Saturday.

Debutants Louis Rees-Zammit and Hamish Watson scored early tries for the Lions with Ali Price also going over in the first half as they finished the opening half with a 7-21 lead.

The second half was even better for Warren Gatland's men as Adams four tries further strengthened their hold with Gareth Davies also touching down to complete a convincing win. England skipper Owen Farrell, who started at 12 kicked all the eight conversions.

The Lions will next face Sharks on Wednesday at Emirates Airline Park.

The opening try of the game came in the fourth minute when a chip kick from Chris Harris was grabbed by Rees-Zammit, who touched down becoming the youngest Lions try-scorer. Farrell kicked the conversion to make it 0-7.

There was a slight concern as skipper Stuart Hogg looked injured but he was fine to continue calming the nerves of the Lions management. The visitors doubled their tally in the 8th minute when Ali Price opted for a quick tap and eventually Hamish Watson forced his way over with a dive from close range and Farrell improved making it 0-14.

The third try for the Lions came in the 33rd minute when Jamie George threw long from the line-out and Farrell sent a pass to Price, who dotted down and Farrell's conversion saw Gatland's men race to a 21 point lead.

Sigma Lions finally responded just before the break when Viljoen sent a long pass for Vincent Tshituka to score and Jordan Hendrikse kicked the conversion as the opening half ended with a 7-21 scoreline.

The start of the second half saw Price from the line-out, who in turn sends a short pass back inside for Adams to score his opening try and Farrell got the conversion right once again but his effort was negated winger Rabz Maxwaner racing past the try line. Hendrikse kicked the extras as the scoreline became 14-28.

Adams went on to complete his second try in the 54th minute when Russell sent a perfectly well-timed kick to the winger, who went over with ease and in the 66th minute Davies finished under the post after taking a pass from Elliot Daly.

Adams went on to complete his hat-trick in the 68th minute when he overcame an attack from Jamba Ulengo before racing away and four minutes later he got his fourth after collecting a pin point pass from Daly. Farrell got his eighth conversion as Lions went on to register a 42-point win to start the tour with a victory.