Jonny Wilkinson - What Next for The Perfect 10 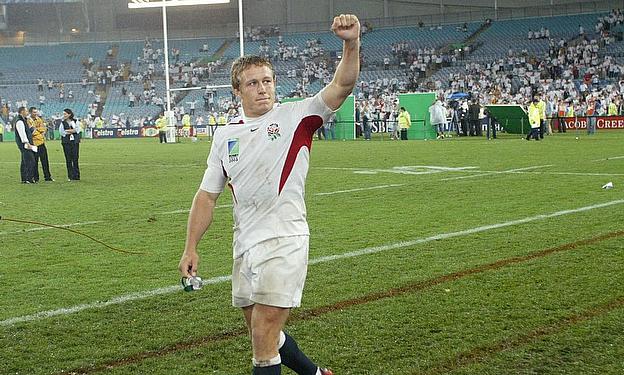 Jonny Wilkinson - What Next for The Perfect 10
©PA

“…There’s 35 seconds to go, this is the one… it’s coming back for Jonny Wilkinson; he drops for World Cup glory…

“It’s up, it’s over, he’s done it! Jonny Wilkinson is England’s hero, yet again… England have just won the World Cup.”

Those were the immortal words of Ian Robertson on BBC Radio 5 Live, back in November 2003, as Jonny Wilkinson kicked England into the history books with the countries first ever Rugby Cup triumph.

With just two finals left ahead of him this season – the Heineken Cup and the Top 14 – Jonny Wilkinson has decided the time has come to hang up his boots on one of rugby union’s most glittering careers.

He will retire as one of just five men to have scored over 1,000 points in international rugby, with a total of 1,246 second only to New Zealand’s Dan Carter.

Wilkinson began his England career back in 1998 with his first cap against Ireland in the 5 Nations, aged just 18 – the second youngest England international.

Jonny came to the attention of Sir Clive Woodward after a number of impressive performances for his home club Newcastle Falcons, where he won the Powergen Cup twice in a 12 year spell.

Wilkinson’s England career began with a bang as the ‘greatest team’ won the Six Nations in 2000, 2001 and 2003, before he kicked his country to “World Cup glory” on that famous night in Sydney.

After those final few minutes down under Jonny was subject to a torturous amount of injuries and didn’t wear the English rose for years afterwards.

However, he soon found his form once again and was highly influential in the side’s reaching of the 2007 World Cup final just four years later, followed by another Six Nations win in 2011; where after he retired from international rugby at the end of the year. 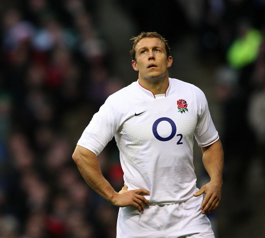 - Only player to score points in two World Cup finals

Alongside his international career for England Jonny also made six appearances in a British Lions shirt in both Australia and New Zealand in 2001 and 2005, but lost both series.

After moving over the English Channel and taking residence in golden south of France playing for Toulon, there was only one tournament’s winning medal missing from Wilkinson’s cabinet – the Heineken Cup.

And last season, as we have now come to expect from Jonny, that desire was met and another box was ticked as Jonny kicked 11 points to help Toulon defeat Clermont Auvergne.

This weekend, Wilkinson finds himself there again, just 80 minutes away from lifting the biggest prize in European rugby, in his penultimate professional game.

In his, and his French counterparts, way stands Saracens and his opposite number – Owen Farrell – the future of English rugby.

England Head Coach Stuart Lancaster says that the ‘perfect 10’ will go down as one of the greatest players to play the sport.

"I've not known anyone more dedicated," he told BBC Sport. "His level of commitment to the team, his selflessness and the determination to get the best out of himself sets him apart.

"For me, the impact off the field and how he has prepared are the things that have stood out. He is a role model to many people.

"I didn't have the privilege of coaching him, which was a shame, but his influence on the game has been remarkable."

There have been a plethora of testimonies given about Jonny and his services to the game, from both players, fans and friends, alike.

One being from close friend, and fellow 2003 World Cup winner, Richard Hill, who said: "On the pitch there have been players who have had as big an impact as Jonny, and Jonny would be the first to admit that World Cup-winning team was about more than one man.

"But in terms of someone who has engaged and captivated such a wide diversity of supporters and non-rugby people, he stands alone.

"Those injuries would have broken a lot of players," said Hill. "But each time he fought back. And he never stopped being one of the best defensive fly-halves and one of the best pound-for-pound tacklers I played with or against.”

Furthermore, New Zealand legend Dan Carter, the only player to have scored more international points, who carries the same rugby status in New Zealand said that his retirement would be a huge loss for the game.

"I'm sure if he wanted to keep playing he could," he said.

"I hold him in huge respect and it has been great to watch him play and play against him and I wish him well for the future."

But we, at Talking Rugby Union, wanted to also ask, what’s next for the ‘perfect 10’? What is there left to do for the man who has done everything?

Bryan Habana - "It's been a privilege to be able to play with JW. At the end of his last match I'll ask him for an autographed jersey"

Lewis Moody - "He'd get up in the morning two hours before everyone else to do his kicking practice and he was a fantastic model as a professional athlete."

How will Wilkinson, the 34-year-old, who has never, to his own admittance, had a proper job and who regularly endures nightmares over penalties and conversions that he has missed, carry on away from playing the game?

Surely, therefore, coaching seems to be the obvious conclusion…

Wilkinson, with no-doubt an impending knighthood on the cards in the not too distant future, has already signed-on to help with Toulon’s coaching staff for next season and has admitted he would love to help out with the England set-up in the future.

With Welsh kicker Leigh Halfpenny joining the club from Cardiff Blues, as another Welsh Exile, for the start of next season, Jonny will no doubt be working closely with the victorious Lion.

"To carry on a team ethic from a coaching perspective would be great," added Wilkinson.

"After playing with so many people who have helped me in my career - guys like Mike Catt and Matt Giteau, I just want to help others get better because I know what a difference it makes to a team."

Bookmakers have today issued odds of 10-1 that the World Cup winner will one day become the England Head Coach.

"I see so much potential around in so many players. I see so many making such huge sacrifices for their teams and really testing themselves," Wilkinson said.

"If I can help make a difference - even if it's only a small percentage - then it all comes around.

"If you can give people the evidence that they deserve to be confident then it can add to performance.

"I would love to be able to do that. With England? Of course, that would be amazing.

"But at the same time, if I can work with just one person and have a positive effect, that's good enough to begin with.

"It's a real desire of mine, having played with so many people who have helped me in my career - guys like Matt Catt and Matt Giteau at Toulon.

"I just want to help others get better because I know what a difference it makes to a team.”

England's coaching line-up will remain unchanged until at least after the 2015 World Cup, but Lancaster believes Wilkinson's experience would make him a valuable backroom addition at some point.

When asked about Wilkinson performing a mentoring role, Lancaster said: "I wouldn't rule it out long term, whether it was working with age-grade teams or certain individuals.

"When you've got someone of his calibre and experience, with such a clear influence on so many people, I would certainly want him to feel part of the England team.

"I'm not sure what his desire is to do post-rugby, but I'd certainly want him to feel part of the England team.

"I'm sure in the right place, at the right time, we'll invite him into camp and he will be more than welcome to pass on some of that experience and knowledge to the current coaching team we've got - some of whom he knows pretty well anyway - or directly to senior players or age-grade players as well.

"It would be incredible what he could offer young and senior players.

"The decision will remain with him in the first instance, but I would like to make him feel welcome in the broad sense."

However, if it is not to be a future in a tracksuit for Jonny, what else would there be for a man who will no-doubt want to stay well within the game he loves?

Punditry? For the naturally shy Wilkinson – one of the country’s most famous sportsmen who has accomplished so many famous feats, but a man who doesn’t enjoy fame – we think Alex Payne is probably pretty safe in his job.

Though, whatever it is that Jonny decides to do next, the consummate professional, with or without another Heineken Cup and/or Top 14 title to his name, we at Talking Rugby Union, and all of the country and rugby public alike, wish him well and can be sure that whatever the ‘perfect 10’ turns his hand to, he will succeed in immensely.