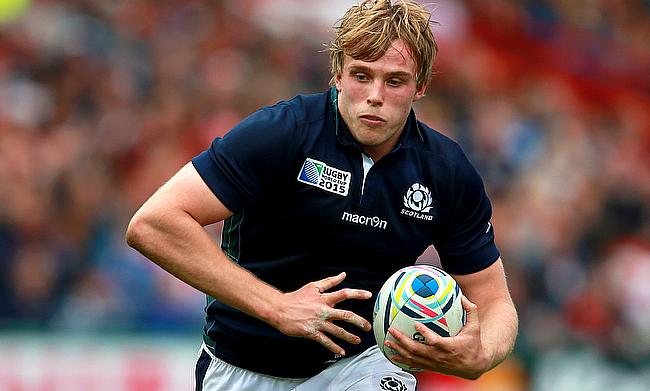 Scotland head coach Gregor Townsend has named Jonny Gray in the line up for the upcoming Six Nations opening game against England to be played on Saturday.

Gray missed the entire Autumn internationals for Scotland through injury and now will make his first start for the Dark Blues since March last year.

Stuart Hogg will be captaining Scotland with Darcy Graham and Duhan van der Merwe at wings along with Chris Harris and Sam Johnson at midfield.

"We are aware of how much winning at Twickenham boosted the spirits of our supporters at the start of last year's tournament, and we're looking forward to playing in front of them in person this year," said Townsend.

"We are under no illusions on the tough challenge we have ahead of us against an England side who defeated the world champions in their last outing.

"The starting 15 we have named has a consistent feel to it which is great for cohesion but we will also benefit from returning players such as Jonny Gray and Rory Sutherland who have been important for us in recent seasons.

"Ben White has been in very good form for London Irish and has trained well in the last two weeks, so can approach his first involvement at Test level with real confidence."