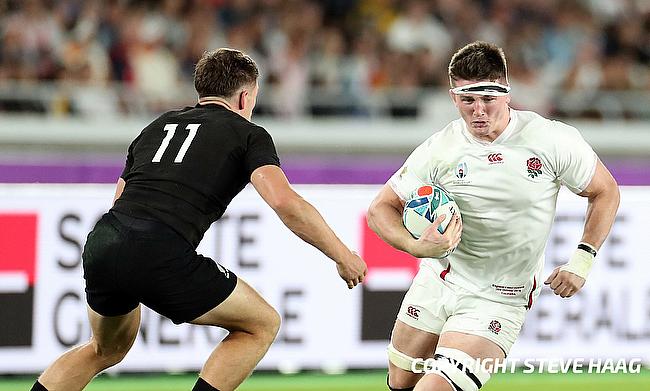 England coach Eddie Jones has named Tom Curry as the captain for the opening game of the Six Nations against Scotland on Saturday.

The decision follows after regular skipper Owen Farrell has been ruled out of the tournament with an ankle injury while Courtney Lawes is unavailable for the game as he is recovering from a concussion.

Sam Simmonds has been named in the starting line up for the first time in four years and will be part of a new-look back row that also has skipper Curry and Lewis Ludlam.

Nick Isiekwe, who was drafted as a cover for Lawes comes into the second row that also has Maro Itoje while Ellis Genge starts at front row along with Luke Cowan-Dickie and Kyle Sinckler with Joe Marler, who recently recovered from Covid-19 has been named on the bench.

Harlequins fly-half Marcus Smith has been handed the kicking responsibility with George Ford, who was overlooked for the summer and autumn series last year makes it to the replacement list.

Joe Marchant has returned a negative for Covid-19 to start at left wing with Max Malins at right while Ben Youngs starts at scrum-half. Elliot Daly and Henry Slade will form the midfield partnership with Freddie Steward slotted at fullback.

“As the first game, this match is hugely important to both sides and we will both want to get off to a winning start," said Jones.

“We have a good, young team but we understand the task ahead and we’ll be ready to go after it from the first kick.

“Tom Curry will captain the side for this game and has the respect of the team around him, in Owen and Courtney’s absence. He also has the support of the vice captains and other leaders in the team such as Maro Itoje and Ben Youngs.

“We have prepared really well for this game. We’ve had a number of obstacles thrown at us, but we’ve overcome them as a more together group and we’re looking forward to getting started.”